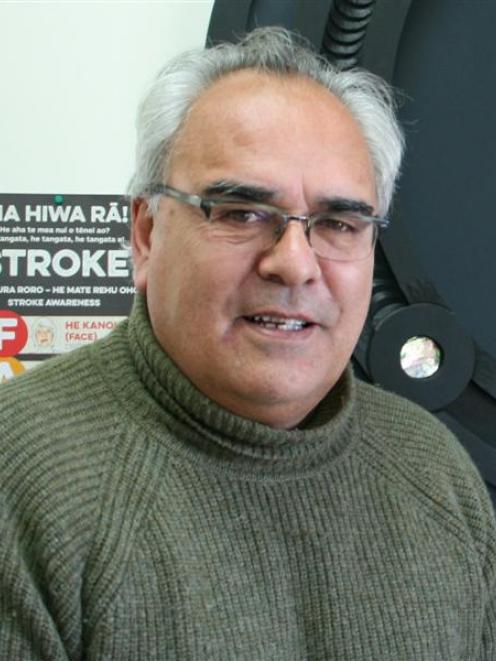 Ricky Carr. Photo by Liam Cavanagh.
Born in Auckland, Uruuruwhenua Health manager Ricky Carr grew up in Dunedin, but says Central Otago has always had a place in his heart.

He tells Liam Cavanagh a bit about himself and what he does.

He moved to Alexandra to manage the community health service in 2010 after his three children left home.

The move followed a career in supermarkets, real estate and then public service, where he worked as a contract manager for both the Ministry of Health and the Ministry of Social Development for ''decades'', mostly in Dunedin.

He was also a former chairman of Basketball Otago. His public service experience, and a stint with Housing New Zealand, gave him the insight into government ''machinations'' and how to work in a bureaucratic environment, which he needed to run the small organisation.

He believed Uruuruwhenua Health, which had only three part time staff, ''punched well above our weight''.

Uruuruwhenua, meaning ''central'', was set up in 2007 and covered the wider Central Otago district, including Wanaka and Hawea.

It was contracted to the Southern District Health Board and staff usually saw up to 1500 people a year. Most were Maori and low income earners from Central Otago, but services were open to the whole community, Mr Carr said.

It also provided advocacy, education and cooking lessons, and it taught people how to plant maara kai (vegetable gardens), all services usually free.

While Uruuruwhenua focused on Maori health, it also covered other areas. For example, a young man needing help to get his NCEA came to its attention.

He was disruptive at school, so a registered teacher on the Uruuruwhenua board sat down with him and helped him achieve it.

''That's not a health outcome ... it's part of that whole holistic thing.''

In other words, it was ''all things to everyone''. Mr Carr's role involved managing Uruuruwhenua and seeking funding for the organisation, as well as working with the Ministry of Health and the Southern District Health Board, among others.

The staff were the true ''crusaders'', he said, because they were at the coal face more than he was.

''They play the piano and I tune it and move it around for best effect.''

For him, the most enjoyable aspects of the job were knowing that people benefited from the service and the diversity of the people he saw on a daily basis.

It delighted him, for example, to see the reaction of one family who learned how to plant a vegetable garden.

''Just the joy of some kid seeing radishes come out of the ground and saying: 'Oh my God, are we going eat that, because that's in the dirt!'

''You know you have just saved them a lot of money.''