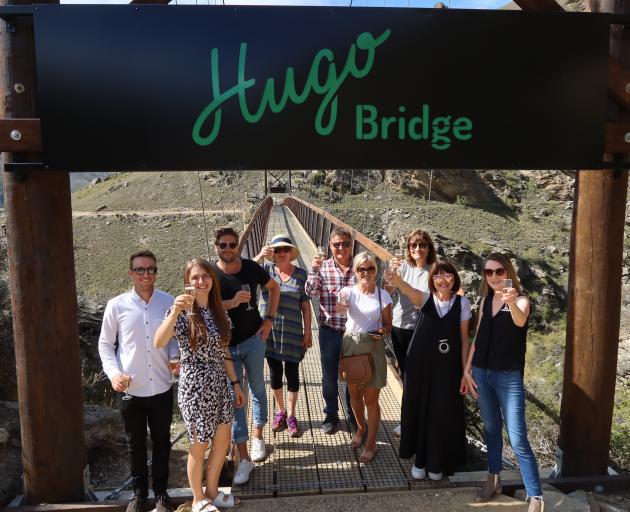 The 85.5m-long suspension bridge in the middle of the trail was officially named the Hugo Bridge on Saturday.

The bridge is named after Irish philanthropist and businessman the late Hugh Green, known in Ireland as Hugo.

His eldest daughter Maryanne Green, founded the Hugo Charitable Trust, also known as Hugo, in May 2017, to continue Mr Green’s philanthropic legacy and to give back to the people of New Zealand.

Ms Green worked closely with her father for 25 years and developed a deep understanding of his philanthropic priorities and wishes. 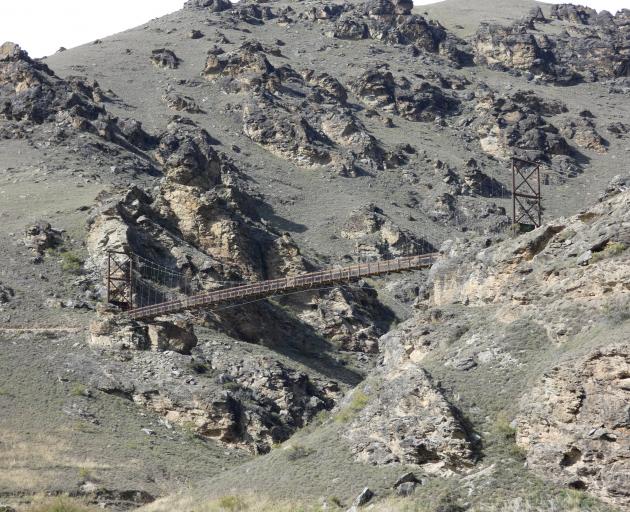 The newly named Hugo Bridge on the Lake Dunstan cycle and walking trail.
Since 2017 the trust has donated $12million to charitable causes around New Zealand and its head office is based in Arrowtown.

The Central Otago Queenstown Trail Network Trust was delighted when Hugo decided to support the trail by paying for a bridge.

As a cycle trail enthusiast Ms Green said having watched the progress of the trail and the construction of the suspension bridge, the trust "couldn’t think of a better way to contribute to this project".

Signs were created and installed in record time on Friday by local company Shotover Engineering.

Trustees were in town for a board meeting, so the timing was right to get them on site to cut the green ribbon and pay tribute to Hugh.

On Saturday that happened, when trustees were flown to the site in two helicopters.

"Being in civil engineering, Hugh would have admired the engineering feat but wouldn’t have thought much of grazing in the area — no decent grass for livestock."

The bridge, constructed by Abseil Access in 2020, is located near the 23km mark on the soon-to-be-opened 41km-long trail, which runs from the Cromwell heritage precinct to the Clyde heritage precinct and connects to the Otago Central Rail Trail.