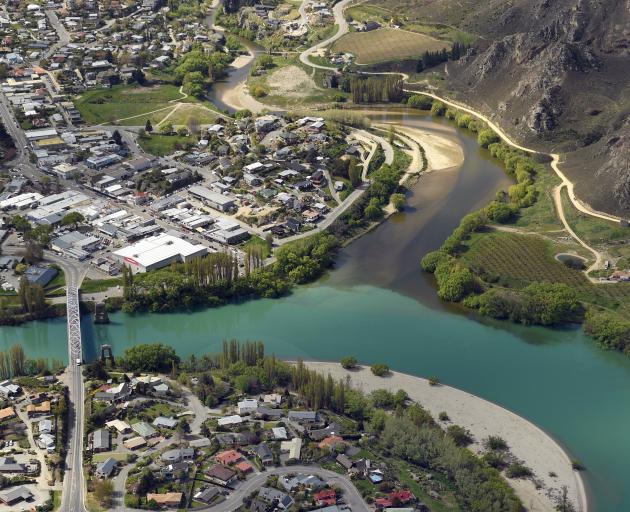 One of the pipelines will improve water supply to Alexandra. Photo: ODT files Photo: Stephen Jaquiery
Construction of two major water pipelines in Central Otago is under way.

The Central Otago District Council yesterday confirmed Fulton Hogan had begun work to build the pipelines - to bring an improved water supply to Alexandra and to transport Clyde's wastewater to the Alexandra Wastewater Treatment Plant.

"Once completed, they will bring major environmental and wellbeing benefits to the Clyde and Alexandra communities and to Central Otago," he said in a statement.

The cost and disruption to the community would be reduced by constructing both pipelines at the same time.

Work had begun on the outskirts of Alexandra, where the pipeline would connect with the town's northern reservoir and follow a route next to the Otago Central Rail Trail to Clyde.

One pipeline would take water from bores at Lake Dunstan to the Alexandra reservoir.

The pipeline would also deliver water to the Clyde community, linking up with existing water pipelines.

The other pipeline would take waste from Clyde's new reticulated wastewater system to the Alexandra Wastewater Treatment Plant.

The reticulated system would replace the town's septic tanks and disposal fields.

The cost of the water supply pipeline and bore work for the Lake Dunstan Water Supply project was $9 million.

The $13.6 million stage 1 of the Clyde Wastewater Project included installing the pipeline, a pumping station and the new reticulated wastewater system in central Clyde. Work is planned to begin in autumn 2020.