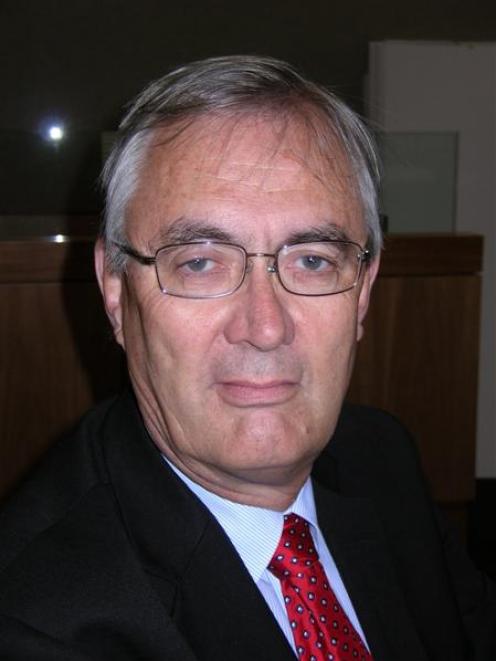 As a witness for appellant Roch Sullivan, climate scientist Prof Christopher de Freitas was questioned on his evidence, which had been contested in the evidence of other climate witnesses called in the hearing.

Prof Freitas, of the University of Auckland, said there was no evidence to suggest carbon dioxide was the major driver of climate change.

"Climate is not responding to greenhouse gases in the way we thought it might. If increasing carbon dioxide is in fact increasing climate change, its impact is smaller than natural variation.

"People are being misled by people making money out of this," Prof de Freitas said.

He said mild warming of the climate was beneficial, especially in a country such as New Zealand, which had a prominent agricultural industry.

"One could argue that carbon dioxide is quite beneficial. There may be benefits of wind farming that I may not be aware of, but there is no data to show benefits in terms of mitigating potential dangerous changes in climate by offsetting carbon dioxide," he said.

Prof de Freitas said the Kyoto Protocol was a "politically and economically motivated instrument to deal with a perceived problem".

"I don't think anyone will benefit one way or another by adhering to it. It's not a well-formulated treaty . . . the so-called or claimed environmental benefits, I am not aware of," he said.

Prof de Freitas was questioned by Meridian Energy lawyer Hugh Rennie QC, about an article published in The New Zealand Herald in 2004, in which Prof de Freitas expressed his thoughts on wind power, the Kyoto Protocol, and climate change.

"You refer to New Zealand's need to meet its commitments to the Kyoto Protocol [in the article].

"Would you accept that any selection of generation which avoids the emission of substances controlled by that protocol is beneficial to New Zealand?" Mr Rennie asked Prof de Freitas.

"You are using legal gymnastics to corner me into a position I would not otherwise take," he said.

"The debate centres on causes. There is a possibility climate change could be impacted by human beings, but it is not a significant impact," he said.

In response to a question by commissioner Alex Sutherland, Prof de Freitas said the jury was out on climate change, and preemptive action could be dangerous.

"There's no basis for alarm. We might be shooting ourselves in the foot if we act on what turns out to be a bubble-less pot," he said.

Scheduled for today: Mr Gleadow will continue to give evidence.

Quote of the day: "Climate is not responding to greenhouse gases in the way we thought it might. If increasing carbon dioxide is in fact increasing climate change, its impact is smaller than natural variation. People are being misled by people making money out of this."