The woman, who did not wish to be named, said she had first warned of the dangers of hunters shooting from boats two years ago. 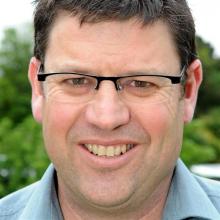 The women, who were walking on the track near Alexandra, received minor shotgun pellet injuries - one in the lower leg and the other in the shoulder when they - were hit about 11am on Sunday by shots fired by a group of men duck-shooting from a boat on the river.

In a statement, police said that the men spoke to the injured women and offered assistance but left in their boat and had yet to be identified.

Police were notified after the women were treated at the Alexandra Medical Centre.

The woman, who lives near the river, said she had seen duck-shooting from the river while people were on the Otago Central Rail Trail during the 2019 season but last year had offered a reprieve when the Covid-19 lockdown curtailed the season.

After the incident in 2019, she contacted the Central Otago District Council, police, trail managers, and Fish & Game, she said.

"How many times does this have to happen before someone gets killed?"

Otago Fish & Game chief executive Ian Hadland said rivers and wetlands throughout Otago were common places for duck-shooting, especially on opening weekend and that had been the case for more than 100 years.

"Unfortunately, encroachment of dwellings, tracks and cycle trails alongside these same areas does have the potential to put higher densities of people into closer proximity to traditional hunting areas," Mr Hadland said.

Duck-shooting from a moored boat was permitted on the Clutha River but it was a breach of the regulations to hunt from a drifting boat on opening weekend, or a boat under power at any time in the season.

One of the seven basic firearms safety rules had been broken, Mr Hadland said.

"Either way, it’s the firearms user who is ultimately responsible and so it’s a matter for the police to follow up in the first instance."

The police spokesman said the incident was still being investigated.