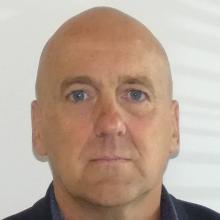 Tim Cadogan
Christchurch Airport officials pledged to be "regularly in" the Tarras community as residents waited to hear whether executives will attend a public meeting about the project tomorrow night.

They and national and local government members had been invited to a meeting at the Tarras Community Hall starting at 7pm, concerned community members spokesman John Harris said.

Christchurch Airport communications spokeswoman Yvonne Densem said it was still working with the meeting’s organiser and making the necessary arrangements.

She assured the community executives would be "regularly in the community", talking to people both privately and publicly, over the next six months.

"My view on the proposal is that we are at the very start of a very long process and that I am encouraging everyone to become as informed as possible about the project before taking a view," Mr Cadogan said.

Waitaki MP Jacqui Dean said she could not get a flight from Wellington in time but her view was "the concerns of the community need to come before the benefits".

However, a new airport near Tarras had the potential to bring wide-ranging economic and social benefits to Central Otago and the surrounding regions and would also relieve congestion and concerns about Queenstown and Wanaka airports, she said.

On Sunday afternoon, Mr Harris held an "urgently convened" meeting of more than 50 people at his Tarras vineyard, where he said there was "unanimous agreement" the proposed airport was a matter of national, rather than just local, concern.

The major concern was a lack of due process, he said.

"What did the Government know about this proposal? "

There were many other open questions including climate change, sustainable tourism, the funding trail and the legality of the whole process that needed to be addressed, Mr Harris said.

Announcing the 2.2km jet capable runway and international airport last week, Christchurch Airport chief executive Malcolm Johns said the "top priority" was a conversation with the people who lived closest to the site bordered by State Highways 8 and 8A.

"This is their home and it’s important they are given the opportunity to ask us their questions directly and understand our thinking."

Mr Harris said the community had offered a definite time and place for a meeting and "we would be really pleased if someone [from the project team] could come along."