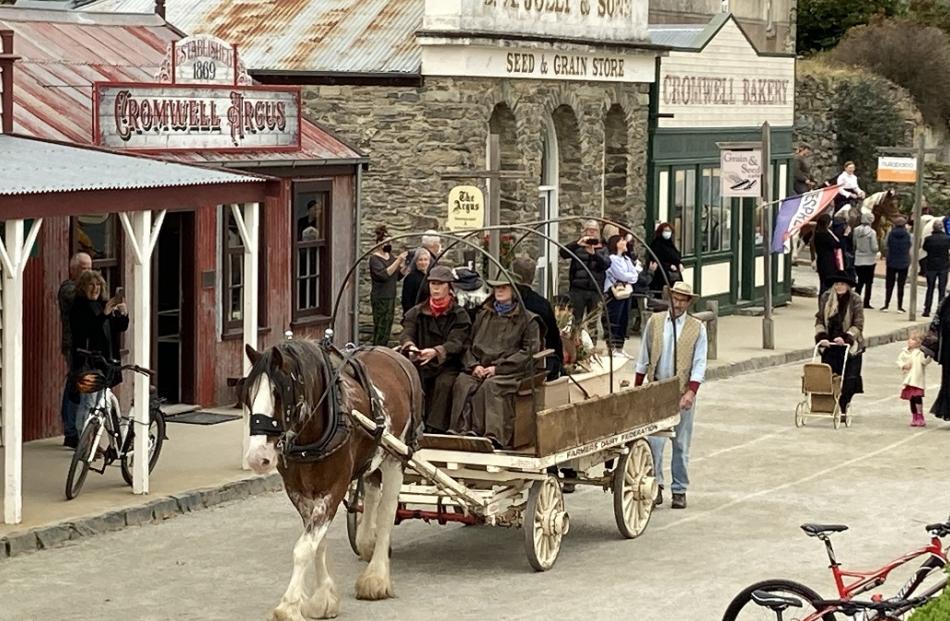 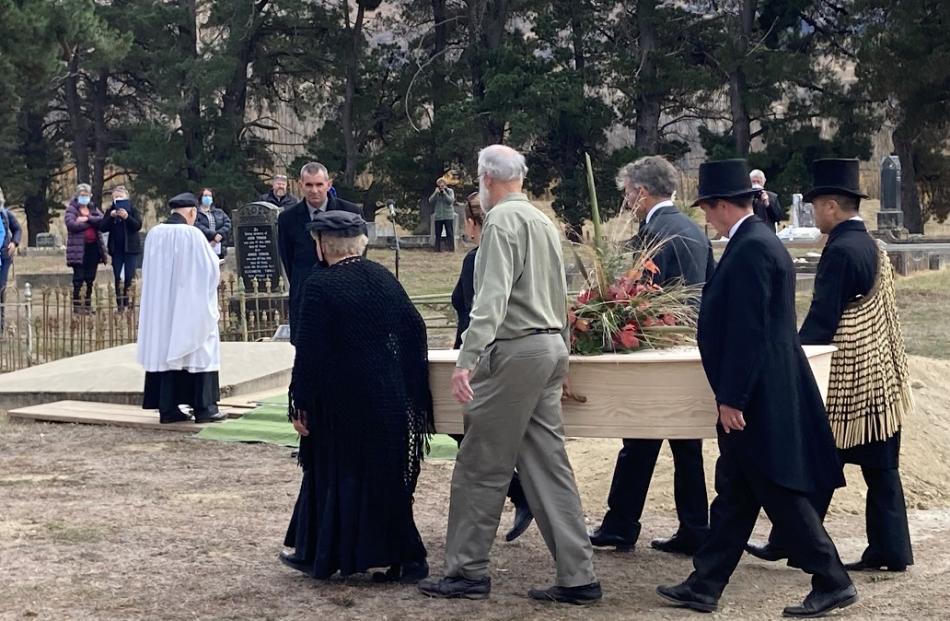 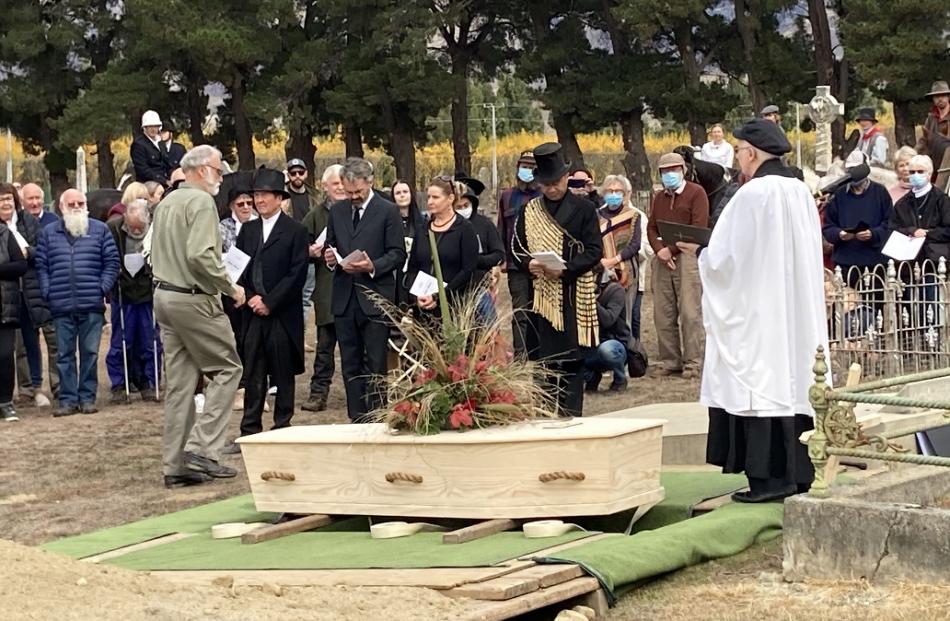 It is a funeral more than a century in the making.

An unknown gold miner, whose remains were discovered buried near Cromwell four decades ago, has been reburied today, giving him a final resting place more than 140 years after he died.

A funeral organised by Alexandra-based funeral director Lynley Claridge and the team at Affinity Funerals started at 11.30am at Cromwell Cemetery.

Members of the public were welcome to attend the service, which was livestreamed to the Affinity Funerals website and included a nod to the miner’s era, such as a horse-drawn hearse carrying the coffin through Old Cromwell to the cemetery, a bespoke coffin, and Affinity owner and fourth generation funeral director Clark Campbell, of Campbell & Sons in Mosgiel, wearing his great-grandfather’s original morning suit and top hat.

The service was to be be presided over by the Rev Barry Entwisle, on behalf of the Archdeacon of Central Otago, the Ven Damon Plimmer, who was unable to attend the service due to being a Covid-19 household contact.

Mrs Claridge said the service was a source of personal pride.

‘‘We’re proud to be able to bring home the gold miner to Central Otago and lay to rest a man who has become a symbol for the community of all the gold miners whose lives were lost during the gold rush period.

‘‘This is an important event for all of us who live in Central Otago against the backdrop of the goldfields, with everything they brought and took away from our community.’’

She said she and the team at Affinity had heard from many locals whose relatives were lost during those hard times, and for whatever reason, did not have the burial they deserved.

‘‘We hope tomorrow’s memorial service for this gold miner can provide a sense of solace and closure for the many families who lost loved ones during that time.’’

The body, and boots, of the man were discovered in 1983 during archaeological work ahead of construction of the Clyde Dam and highway, but his remains were then housed at the University of Otago’s anatomy department.

He is believed to be one of the thousands of men who came to Central Otago during the gold rush era.

After the man’s remains spent decades at the university, bio-archaeologist Prof Hallie Buckley, honorary research fellow Dr Peter Petchey, and Dr Neville Ritchie, who originally discovered the remains, researched the man’s history.  All three were expected to be pallbearers at the service.

Prof Buckley said the work was a team effort from archaeologists here and in the UK.

‘‘This has been a significant multi-national project and, with the advances in bioarchaeolgical and archaeological methodology, a more nuanced and detailed study of the individual became possible.

‘‘But we’re now at a place where we’ve told as much of his story as we can and we’re very pleased to be able to have him safely reinterred.’’

Affinity Funerals is covering the cost of the funeral and Contact Energy will pay for a headstone at a later date.