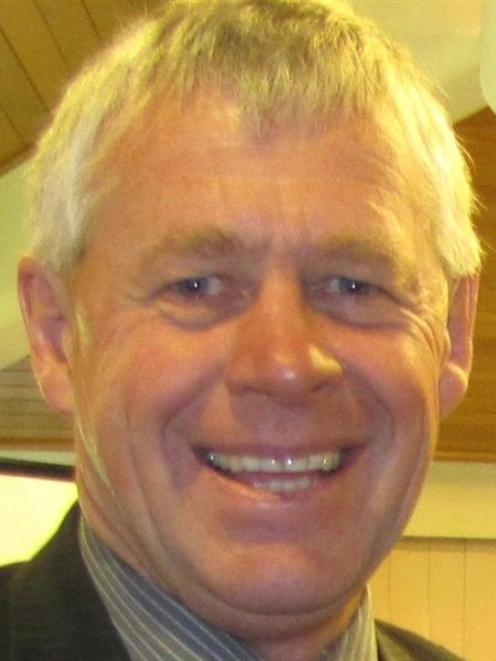 Tony Lepper.
''Awfully grey lines'' between swimming pools and irrigation dams and ponds incited debate in the Central Otago District Council chambers last week. The Government had asked local authorities for their opinions after it proposed changes to the Fencing of Swimming Pools Act 1987.

As it stands, man-made water hazards should be fenced to help stop young people from drowning but the proposed changes seek to amend that to reduce the cost of compliance.

Reducing the types of pools subject to the Act, relaxing requirements about where access must be restricted, exempting child-proof spas and giving councils more cost-effective enforcement tools are just some of the proposed changes.

Most importantly for Central Otago, it could potentially mean irrigation dams with associations to dwellings would be exempt from strict fencing rules.

Council staff had prepared a submission which largely supported the proposals but asked for some amendments.

It did not support the removal of man-made water hazards from the requirements of the Act, suggesting instead they be exempt only when located a certain distance from dwellings, 100m being the example given. Mayor Tony Lepper did not agree.

''The legislators have come out and said `take it out' and we're saying `no, leave it in', but we're probably in the most affected area in the country ... I can't believe we're being harder than the lawmakers.

''Central Otago has been built up on water races and ponds ... For the life of me I can count [only] one person who had drowned and died in Earnscleugh ponds.''

Councillors disagreed with Mr Lepper, saying man-made hazards needed to be left in.

Several cases have recently come before the council in which people sought exemption from the requirements of the Act.

In one case, the council granted a house builder exemption from fully fencing a dam on his Earnscleugh orchard, even though it was intended the house would be built right next to the dam, with the deck protruding over the water.

Because of the close proximity, the dam was considered to be a swimming pool under the Act and therefore not exempt from fencing requirements.

In that case, the applicant was granted exemption on the condition he fence the deck and the yard between the western side of the house and the neighbouring property.

Councillors also raised the case of Lake Dunstan, which is man-made but not fenced.

In some places, such as Pisa Moorings, houses are built right on the lake shore.

The council's approved submission emphasises that pool owners should be able to apply for an alternative solution or exemption if they want to have their house close to a man-made water hazard.

Councillors suggested including in the council's building code that dams and ponds had to be fenced if close to a house, if they are removed from the definition of a pool in the Act.