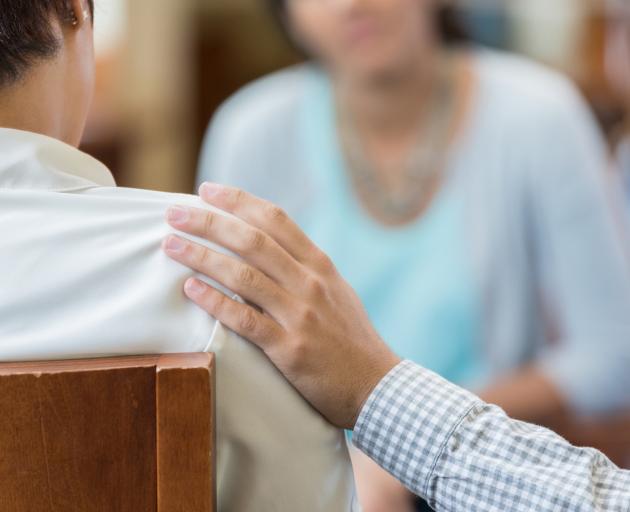 Photo: Getty Images
It is a job where the main qualification  is having had previous addiction problems or mental illness. "Peer support" workers "walk alongside" the mentally ill, able to understand what they are going through because of their own previous experiences. And, as Mark Price reports, at the beginning of Mental Health Awareness Week, the job appears to be about to go mainstream in the South.

Otago has just a couple of dozen peer support workers at present; Southland has only a part-timer.

However, director of allied health, mental health, addictions and intellectual disability, at the Southern District Health Board, Adell Cox, last week said developing the peer support network was being "progressed" as "a priority".

"It is seen as something that is going to happen."

"There’s good research showing that that really does help people in their recovery."

A peer support worker might, for instance, accompany someone with mental health issues as they faced the "challenges" of dealing with aspects of the mental health system.

Ms Cox said peer support would be offered through non-governmental organisations or community service providers. Funding opportunities were being "explored" for "ongoing implementation".

"This is part of a strategic plan. It is a workforce that would be supported and would be given training and development."

The Otago Mental Health Support Trust is described by its manager, Grant Cooper, as one "small pocket" of peer support.

It had six part-time staff in Dunedin and two in the Waitaki district and, he said, there were groups in some other places "often done on the smell of an oily rag and done by volunteers".

The idea was getting "a lot more attention" and a national peer support workforce development plan was in the pipeline.

"Southland is incredibly limited. There is one person down there who works ... one day a week and that’s about it, in terms of peer support in mental health."

Mr Cooper said peer support was a move away from the idea of "helping someone else" to a "co-learning model".

"As we build a relationship with people and share each of our experiences, we actually get to learn off each other.

"So it’s a little bit different from a lot of other services which are in the helping mode.

"Helping mode can be really good ... but the peer support approach is very much about what we call mutuality or co-learning."

The Mental Health Commission recognised peer support was a service "driven by consumers" and it has been included in its new "blueprint".

"There is wide support from service users, consumer leaders and advocates to develop peer service," the commission says on its website.

Mr Cooper said the success of peer support was judged on feedback.

"Some people actually say without that peer support they actually wouldn’t be alive."

For others it is about resolving accommodation, employment and budgeting issues.

"The bottom line is that people feel their own sense of self-worth is increased which at times is hard to measure."