Book collection to be housed at Chch attraction 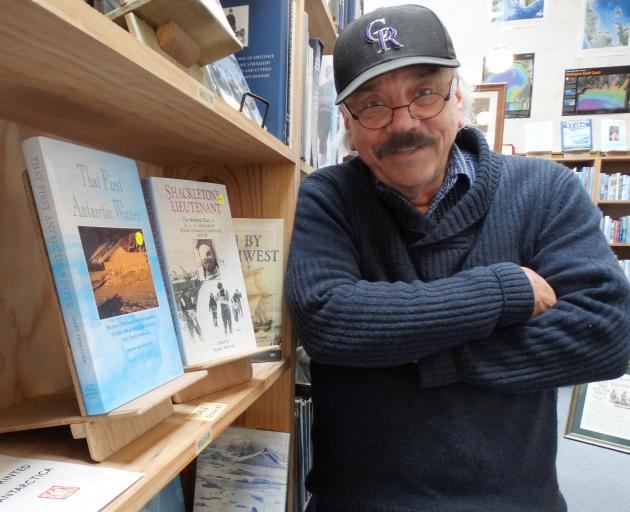 Last year he was bequeathed more than 6000 books - plus memorabilia and ephemera - donated by the late Jack Newton, an American collector of mainly polar exploration and mountaineering literature based in Boston.

Before Mr Newton died, he expressed his desire for his collection to be exhibited as a permanent, accessible reference and research library.

Mr Nye hoped to display the treasure trove of books and documents, in addition to another 1500-plus books donated by an anonymous donor, in his Harbour St premises on a mezzanine floor that he planned to build.

However, the proposal was turned down by his landlord, the Oamaru Whitestone Civic Trust.

Instead, the collection will now be housed at Antarctic-themed tourism attraction Husky Base Camp at Templeton, on the outskirts of Christchurch.

Mr Nye said it was unfortunate the collection was unable to be displayed in Oamaru, but was pleased a suitable location had been found further north.

"When I spoke to a guy about Jack's collection he said America's loss is New Zealand's gain. The same thing occurred to me when the civic trust rejected the proposal for a mezzanine in here. It's Oamaru's loss and Christchurch's gain.''

However, he said Mr Nye was a ``respected tenant'' and the trust admired what he had brought to the precinct.

It is likely the 300sqm shop and library will open in early October, and be a major feature of an Antarctic exhibition being held at the camp that month.