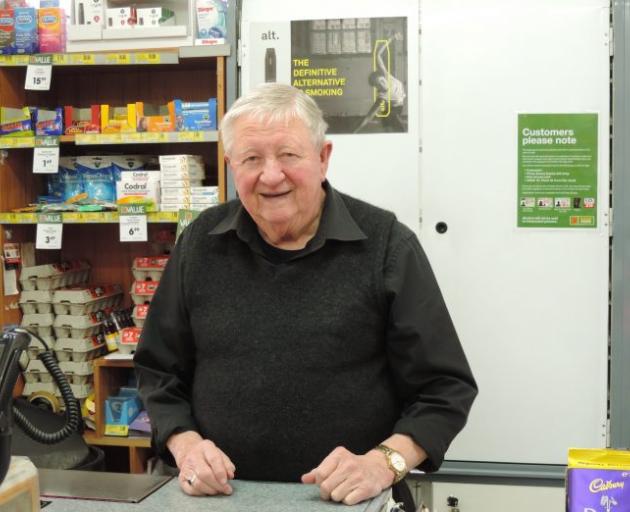 They have been running their North End, Oamaru, supermarket since 1979, marking its 40th birthday on August 4.

Mr Fraser said if anyone had told him at the outset that they would still be there all these years later, he would probably have laughed in their face.

However, there are no plans to retire.

"We take every day as it comes.

Having been part of the Four Square network throughout their tenure, they are now among the longest-serving in New Zealand.

Mr Fraser said the main change to their working lives had been the introduction of technology. Whereas he used to take a clipboard around the store to note which items needed restocking, today’s orders are placed via computer, while scanners and barcodes are used for inventory work.

The range of items in stock has expanded across the years, but the Frasers stopped rolling ice-creams about 10 years ago.

Long opening hours have always been the Frasers’ point of difference. The shop is open from 6.30am to 10.30pm Monday to Friday, and 9am to 10.30pm at weekends.

"We help out people at late hours," Mr Fraser said.

Mrs Fraser does the early morning starts and Mr Fraser takes care of the evenings.

He has no trouble sleeping after a day behind the counter.

The couple’s son, Wayne, has been working with them since he left school. He is now in his mid-40s.

Another loyal staff member is Celia Biggs, who began on work experience at the age of 13.

"She’s still here," Mr Fraser said, noting that she had "a couple of years in Australia".

Pam O’Brien has also been working there for about 13 years.

A highlight occurred in 2014, when a customer of 25 years won a Mini Cooper in a nationwide Four Square competition that attracted 24,000 entries.

Mr Fraser, who gave his age as 21, said he and his wife would "just carry on".

"There’s no goal. We’ll treat every day as it comes."