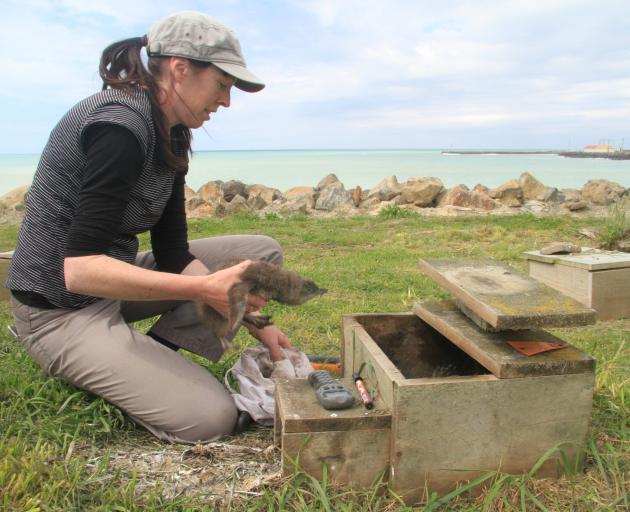 Further, that number - used as a measure for the size of the colony - was expected to climb for about another month, as birds that had not laid eggs yet this breeding season could do so until late November.

Staff at the Oamaru Blue Penguin Colony were "super excited" the number had eclipsed 189 breeding pairs in 2017 and 2018.

Last year, the colony was on track for a record-breaking breeding season having 134 breeding pairs in the second week of September.

However, following a large storm in the third week of November, the birds' breeding dropped off sharply and again the colony reached 189 breeding pairs.

With a long-term average growth of 9%, the number of breeding pairs was expected to fall, eventually.

Still of concern at the colony lately has been the turbidity of the water near shore - a clear distinction has been visible between green turbid water close to the shore and the clear blue water beyond at Oamaru Harbour.

Five GPS tracking devices were attached to little penguins this week to find out if they were travelling further from the colony than the 15km to 20km birds with young chicks typically go to feed.

With 170 chicks at the Cape Wanbrow colony, chick health could become an issue as parents struggled to find food in the turbid water close to their nests.

"If we retrieve these devices and find they are travelling much further out, then it's likely the turbidity is having an effect," Dr Agnew said.

She said it looked as though the sea was settling down after wave action had stirred up sediment.