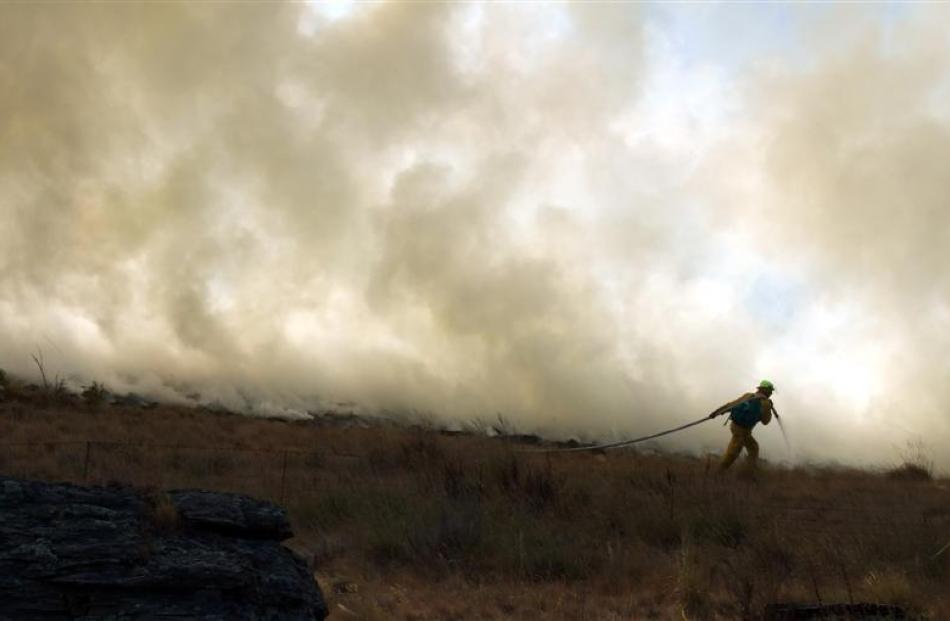 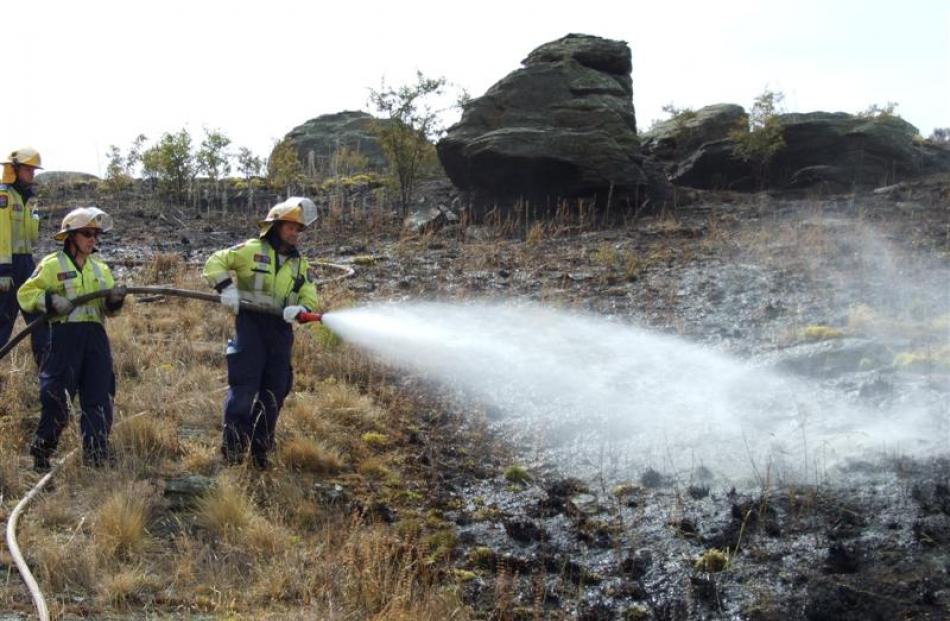 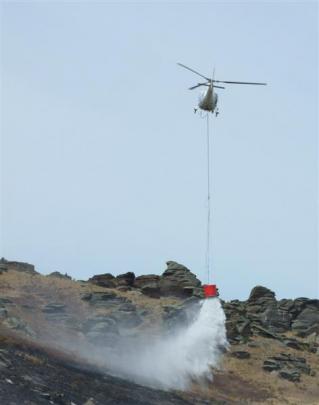 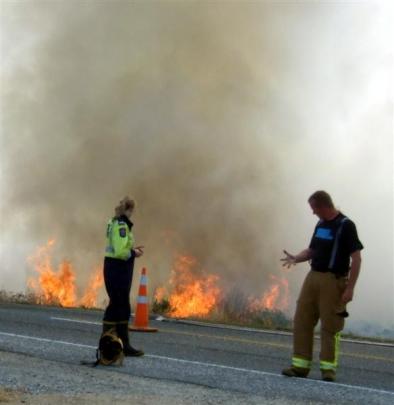 The driest place in New Zealand ignited yesterday and up to 20ha of the Flat Top Hill conservation area near Alexandra was ravaged by the fire.

About 40 people fought the blaze, with Department of Conservation personnel in attendance from Alexandra, Queenstown and Wanaka, together with crews from the Central Otago Rural Fire Service and the Alexandra and Clyde Fire Brigades.

The cause of the fire is still under investigation, incident controller and Doc deputy principal rural fire officer for Otago, Trevor Mitchell, said.

"I need to do more work on that before I can comment on the cause," he said.

The fire started about 2km south of Butchers Dam next to State Highway 8 and 8km from Alexandra.

Part of the highway was closed for short periods because of the dense smoke billowing broadly across the road blocking visibility.

Closure for periods was also necessary to allow firefighters and vehicles achieve access to the seat of the flames.

The 813ha conservation estate, which was opened to the public in 2003, is the driest place in New Zealand, receiving only about 350mm of rain a year.

It contains dryland species of plants including the world's smallest forget-me-not.

A prohibited fire season had been in force in the Central Otago district since the end of November and the whole district was very dry.

"We were very fortunate there was no wind and, with the help of two helicopters from Queenstown with monsoon buckets, it was under control within a couple of hours.

"If it had been blowing, we'd have been here for days."

The main concern was that the fire might go over Butchers Creek and up the rock face behind Butchers Dam, he said.

Water supplies for firefighting were taken from the dam.

"We were also fortunate the fire wasn't in a more isolated place."

Grass and thyme were the main vegetation burnt, but the schist rock tors on the property made conditions more challenging, Mr Mitchell said.

"The fire went down into the crevices and cracks in the rock heaps and that made it more difficult to bring under control."

"Look how quickly the fire took hold and there wasn't even the slightest breeze to fan it," Mr Burgess said.

"It was a reminder for everyone to be extra careful.

"There's heaps of fuel around and the fire risk is very high; just one step away from being declared an 'extreme' fire risk.

"If we get a strong northwester, it will take the risk up one more degree, to extreme."

Mr Burgess also recorded rainfall data for the area and said Alexandra had received only 13mm of rain this month, following a dry November.

"That's not enough to alleviate the fire risk.

"We'd need an inch of rain a day, over two or three days, before the fire risk lessened.

"At the moment, we keep on thinking: `When's the next fire going to be and what can we expect."

There was one home, located by Butchers Dam, which was potentially threatened by yesterday's fire, but fortunately the blaze was under control before it reached that far, he said.

Shingle Creek farmer Jack Miller said the fire was "something that was just waiting to happen".

The ungrazed conservation estate was a fire risk, he said.

"And when you lock up vast amounts of land like this, it becomes a huge fire risk for everyone," Mr Miller said.

Mr Mitchell said the fire risk and the dryness of the property was the same whether it was conservation land or farmland.

Flat Top Hill
• 813ha bought by Department of Conservation in 1992.
• Located behind Butchers Dam, it includes the northern end of Flat Top Hill, with Lake Roxburgh as the eastern boundary and Butchers Creek and SH8 the western boundary.
• The area teemed with gold-mining activity in the 1860s.
• The dryland ecosystem includes examples of native plants that previously covered much of the lowland valleys of Central Otago.
• Schist rocks and tors on the land support lichens, mosses, ferns and shrubs, which in turn host insects and lizards, such as the Otago gecko.