Prospect of year with no tourists devastating

New Zealand could spend all of 2022 without an open border, prompting fears for the beleaguered tourism industry. Photo: Tim Miller
A prediction that the return of international tourists without isolation could still be a year away would be "absolutely devastating" for the industry, local leaders have said.

Tourism Minister Stuart Nash told a cross-industry roundtable this week they should prepare for another 12 months locked away from the world because of Covid-19.

Tourism Industry Aotearoa chief executive Chris Roberts said Mr Nash gave a "full and frank" warning it could be "summer 2022-23 before there is any significant inflow of visitors".

Queenstown Mayor Jim Boult said such a delay would be a "complete disaster" for the district.

"Folk in the industry in this part of the world are hanging out for ski season 2022, with the return of particularly Australians at that point of time.

"If it was to be late 2022 before we saw internationals arrive, I fear for how many businesses will not survive between now and then."

He was approached regularly by tourism operators worried about the future of their businesses. 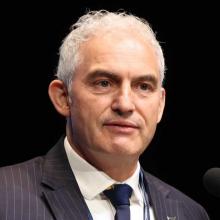 "I’ve just stopped the car in the main street to pick up something on my way to a function and an operator came up to me and basically said, ‘Please do all you can to get some visitors here, our survival depends on it’."

The uncertainty around when the borders would open was exacting a heavy toll from those in the industry, with mental and physical exhaustion compounding the financial stresses they were feeling.

New Zealand could spend all of 2022 without an open border, prompting fears for the beleaguered tourism industry.

Mr Nash told AAP the Government would assess "a whole lot of variables" next year before deciding on a border reopening.

That includes the resilience of New Zealand’s health system, variants like Omicron, the success of the country’s booster campaign, and the effect of returning New Zealanders from overseas.

New Zealand’s current plan is to open to tourists from April 30, but only if they are willing to spend a week in self-isolation on arrival. 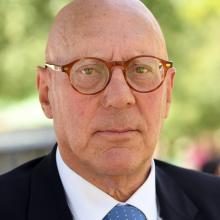 Jim Boult
Mr Nash declined to be drawn on New Zealand’s timeline to do away with self-isolation altogether.

"It is very difficult to speculate [when the border will fully open] because there’s just so many unknowns," he said.

Fiordland community board chairwoman Sarah Greaney said waiting until summer 2022 for the border to fully open would be "absolutely devastating" for the industry.

The requirement for international visitors to self isolate for a week upon arrival from April 30 was already a deterrent for tourists, she said.

"April 30 means that we get no summer season at all again.

"It means our recovery in terms of that international market will not start until Labour Weekend."

She said if international visitors could not freely return by that stage there would be many businesses that would not know whether they would be here to welcome tourists back.

Opposition leader Christopher Luxon, visiting Christchurch on Thursday, called for "targeted and ongoing support" for the sector, something Mr Nash has resisted through the pandemic.

"If the seven-day isolation requirement extends later into 2022, the economic loss [for New Zealand] over the next three years from a slower tourism recovery could be $16billion."

"If Kiwis can return from Australia in January, is it really going to take another 12 months to open up to the rest of the world?" — Additional reporting, AAP