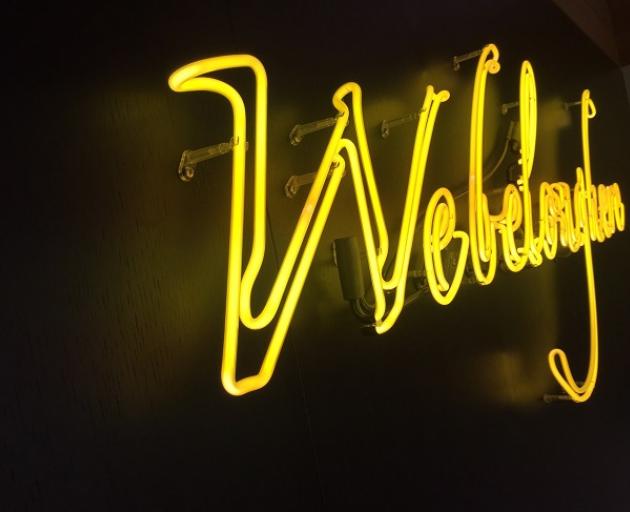 Neon artwork 'We belong here' prior to getting damaged. Photo: Mountain Scene

A former Queenstowner is upset a courier company’s only offered him $6000 after damaging a $50,000 artwork.

Last November, Ben De Haan commissioned Pack & Send Queenstown to collect, pack and send a neon artwork to England, where he and his family were returning after 11 years in New Zealand.

He chose the company as it advertises its expertise in moving high-value art.

Pack & Send picked up his artwork, but about two days later advised it had been slightly damaged – “they’d broken off a corner which means intrinsically it’s completely ruined”.

“It was special for us because at the time it cemented our feeling about NZ, that ‘we belong here’, and especially now we’ve left NZ, it’s even more important for us.”

De Haan claims Pack & Send was aware of his artwork’s value and fragility when it picked it up, but at that point he’d not been given any paperwork relating to either payment or insurance.

“We’ve sent lots of stuff internationally, and if it’s high value you expect to pay a higher insurance premium”.

He says he couldn’t get any response from Pack & Send’s local franchisee, but then eventually tracked down the company’s managing direct-or, Matthew Everest.

De Haan was offered only $6000, which he refused – “they stated that is the maximum I’m entitled to by law”.

He believes the company’s morally obligated to stump up the replacement cost.

“I think it’s cheeky that they think they can walk away from it without even offering me some sort of agreeable compensation.

“I’ve even said to them, ‘look, I’m happy to talk about a payment plan if they don’t feel they can pay it off in one go’.”

In an email to Mountain Scene, Everest says “this was a very unfortunate event”, however he understands the Queenstown franchisee’s negotiating with De Haan “to come to a satisfactory resolution”.

He says the company’s in the final throes of sorting out an insurance claim with an insurer.

“Obviously, this is a long way from the amount Ben was seeking, and naturally [he] refused the offer.”

Everest says the fact the process has taken some time “is also unfortunate”.

Is this article satire? I can get a neon sign made up that says 'you belong somewhere else' and posted to the claimant for a couple hundy off alibaba.