By Tracey Roxburgh
0 Comments
The future of women’s mountain biking in New Zealand is looking bright if results from the inaugural Mons Royale Future Ground Progression Camp are anything to go by.

Ten female freeriders from across New Zealand, including two international riders who have been in the country since before last year’s lockdown, were hand picked to take part in the four-day camp this week, which included sessions at SITE trampoline, sports psychology, and plenty of time on their bikes at Fernhill’s Wynyard Jump Park.

The camp was the brainchild of Mons Royale founder and chief executive Hamish Acland, who was inspired by watching a video on social media of Scottish rider Louise Ferguson, living in Queenstown, land a backflip. 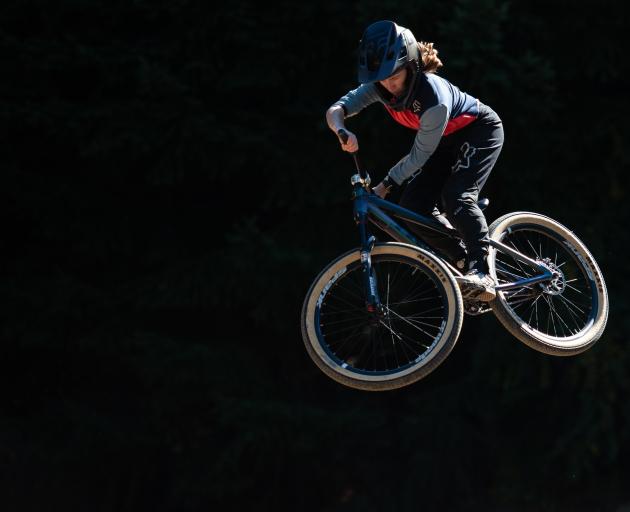 "There’s not that many events that are really built for [women], because of that, they’re kind of riding, not on their own, but not together.

"They ride with guys because, essentially, that’s the environment around them.

"The idea is to help them progress ... and create a pathway."

Mr Acland said the goal was to grow the event and get more riders involved and, in time, get the women leading the field in NZ and overseas and inspiring the next generation of freeriders.