Covid-19 testing in wake of visit 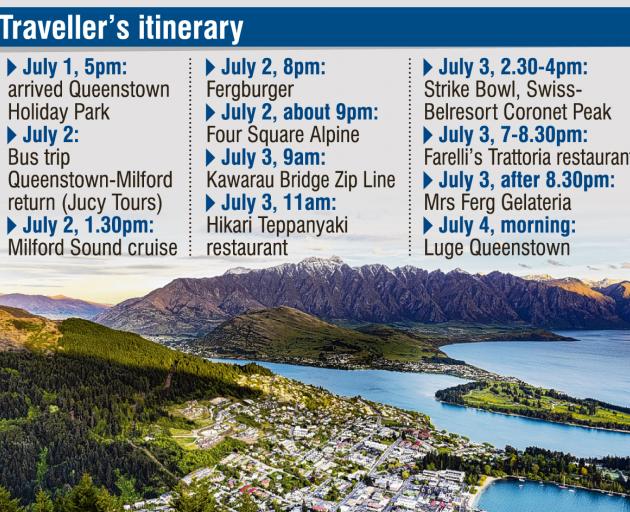 Queenstown residents worried they might have been infected with Covid-19 by a South Korean visitor to the resort last month will be tested at the Queenstown Medical Centre this weekend.

A Southern District Health Board spokeswoman said the centre was not a walk-in clinic, and people should call 0800VIRUS19, or the centre directly, to make an appointment.

He also took a bus tour to Milford Sound and joined a boat cruise during that time.

The health board yesterday released a list of places in Queenstown and Fiordland he visited.

If more testing was needed in the future, "southern district health providers can scale up community testing again quickly", the spokeswoman said.

Health board public health physician Michael Butchard said anyone in Queenstown, Te Anau and Milford on those dates, who had developed Covid-19 symptoms since, should get tested.

Efforts to trace people who might have been been contact with the man were continuing, Dr Butchard said.

"New Zealand has not needed to live under the restrictions much of the rest of the world is experiencing for several months, and we do not want to lose this hard-won position, so everyone’s assistance remains important."

The health board was unable to provide the number of tests for the virus carried out by southern district GP clinics yesterday.

There were no new cases of the virus reported in the country yesterday.

It has now been 91 days since the last case of community transmission.