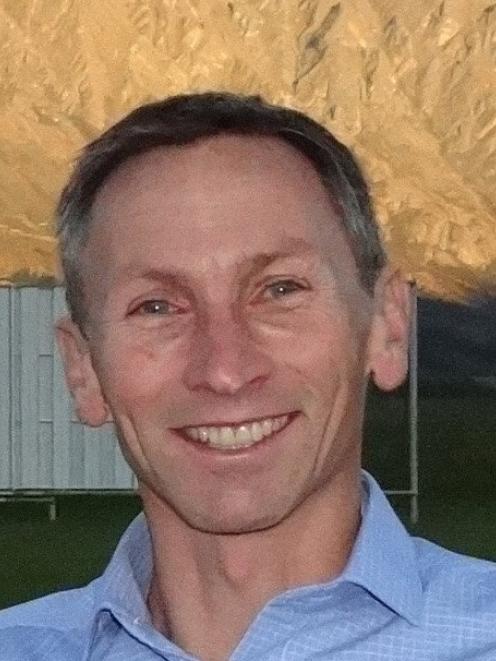 Simon Battrick. PHOTO: ODT FILES
Queenstown could still become the sports capital of New Zealand for visiting internationals should progress be made on talks to make the resort a "bespoke" isolation refuge.

It could mean the likes of West Indies cricketing superstar Chris Gayle walking the streets of Queenstown alongside returning Black Caps skipper Kane Williamson after the IPL.

A Ministry of Business, Innovation and Employment quarantine spokeswoman told the Otago Daily Times work was ongoing but "we are looking into the possibility of a purpose-specific managed isolation facility in Queenstown for sports teams".

Queenstown Lakes District Council sport and recreation manager Simon Battrick said talks were still informal at this stage but were centred on cricket and netball.

"We have all the facilities needed to host international sports teams, we’ve a couple of cricket wickets, we’ve got nets that were purchased for the ICC Under-19s Cricket World Cup to be utilised and two indoor netball courts that are of sufficiently high standard."

The discussions come after Queenstown missed out on hosting teams when New Zealand failed in a bid to secure the Rugby Championship.

Mr Battrick said although it was unlikely Queenstown would host any matches, it was an ideal location to isolate and train, with teams using the airport to get to and from games.

He said with regular medical checks and the 14-day quarantine period, there was minimal risk to the public and many would enjoy seeing the elite sportsmen and women.

He further hoped the players and their entourages would boost business with requirements for food, transport and attractions during down time.

Novotel manager Jim Moore said a number of Queenstown hotels had been told by the Government they could be used for "bespoke business" such as sports and film crews, when quarantine centres were first mooted in the resort.

"Of consideration for them [the Government] to agree to such arrangements was the location and size of hotel and their comfort levels that security and other considerations would be adhered to."

He said "generally" the entire hotel would be used, meaning no regular guests could stay.

"So it would be important for any hotel that chooses to do this to consider the long-term viability of doing so."

The sports calendar is undecided, but it was expected the West Indies would arrive to take on the Black Caps.

Batsman Kane Williamson and fast bowler Trent Boult could even be headed for the resort when they quarantine on return from the IPL ready for international action.

Pakistan, Bangladesh and Australia are also proposed visitors and the White Ferns are likely to welcome Australia and England.

The Silver Ferns are yet to confirm whether the netball Constellation Cup against Australia will go ahead.

Elitism and stupidity. The virus does not care who you are nor where you are. We have seen the troubles with getting people compliant in the present facilities. We need to concentrate our resources of security and medical treatment in this small nation. The sooner we all keep pulling together and not diversifying opinions and plans, the better it will all be for everyone - those coming across the border and NZers within which naturally embraces trade and economic activity.

Once again a problem with quarantine in NZ and security again being bolstered to the facility. Just let the present systems for quarantine run and do not add more situations for more security breaches and ensure excellent medical resources close to hand. Queenstown does not fit these requirements.

We are almost there !!!
Queenstown “is not suitable as a quarantine centre” when it’s the general public.
We don’t have the medical facilities they said, when inspected for suitability.
How things change for the elite!
Yes, we can do that! We have the facilities!
Then there are the universities deciding on who can do medicine based on their social status, the new elite.
Next we need gulags for those that object to Marxist societies by saying or thinking the wrong things and we will be there.
Maybe if we run courses explaining that their future employment is dependent on them using the correct language and having the correct attitude, their future need not be one of poverty and social outcast, we might not need them.
We could add virtue and social standing to those that lead, as an extra incentive. Appealing to the ego often tips the balance.
Yuri Bezmanov would be pleased with his work.