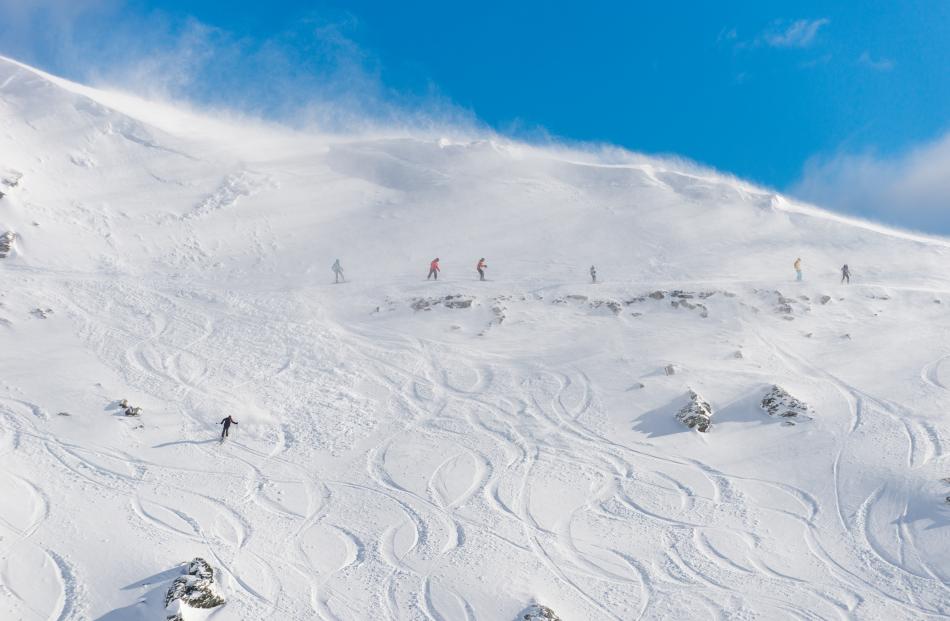 Skiers and snowboarders on Saturday at the Remarkables, before a 30cm top-up that night. Photos: The Remarkables/supplied. 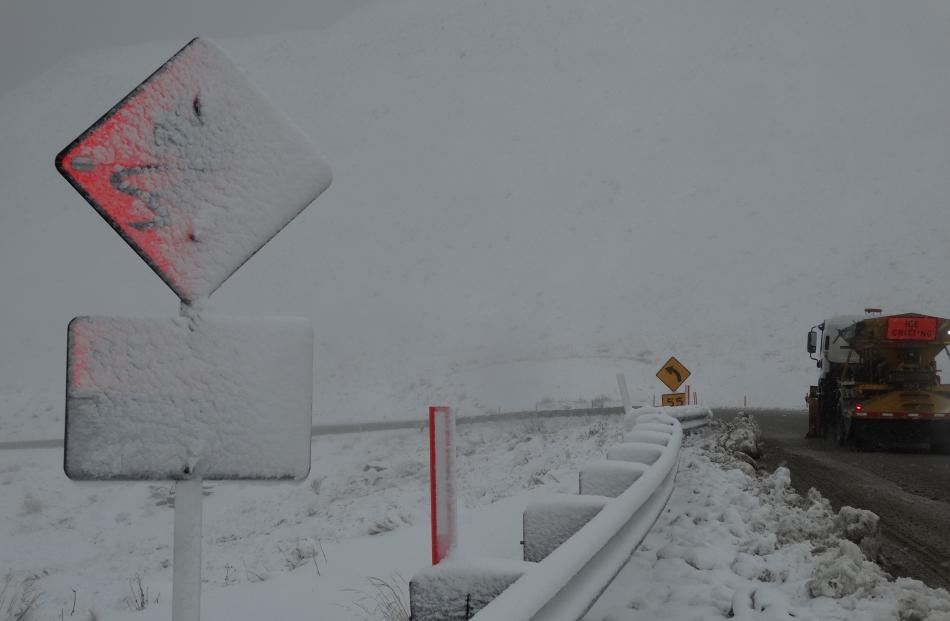 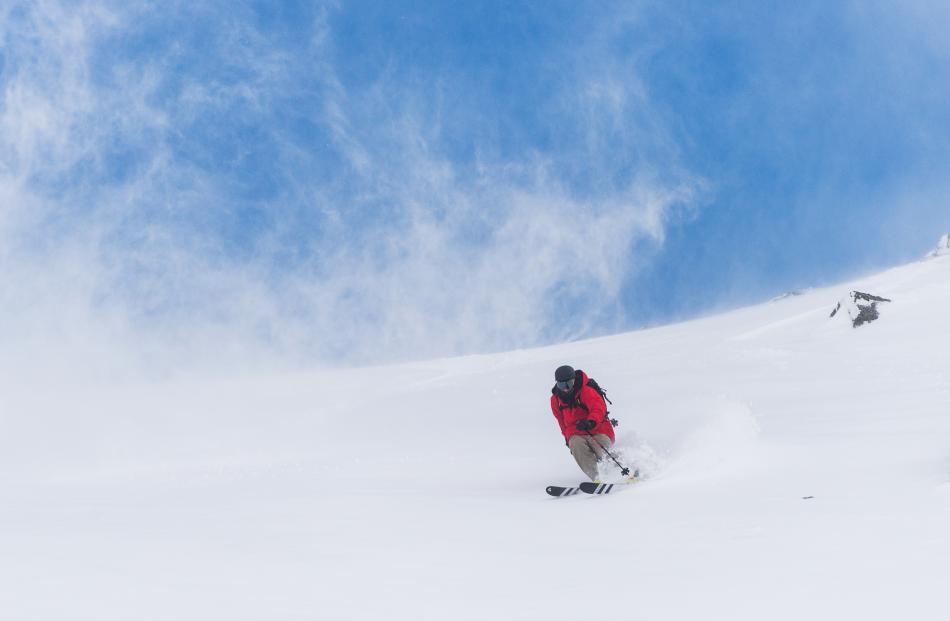 A skier enjoys the conditions at the Remarkables Queenstown before heavy a snowfall on Saturday night.

A bumper mid-season snowfall created powder conditions at Queenstown skifields two weeks before the Winter Games NZ 2017 — but it caught out some motorists.

The Remarkables had about half a metre of natural snow over the weekend, three-quarters of it overnight on Saturday. Avalanche control work was needed yesterday morning and groomer drivers cleared two-metre snowdrifts.

Across the basin at Coronet Peak, about 20cm of snow fell over the weekend.

And over the Crown Range near Wanaka, Cardrona skifield had 18cm on Saturday night alone.

Getting over the Crown Range was no easy task, though. Police rescued more than a dozen motorists stuck in snow about 9pm on Saturday.

Ross Lawrence, NZSki’s ski area manager of the Remarkables, said: "The last couple of days have made a big difference.

"It’s dry snow but pretty dense, so people are skiing and boarding out everywhere and anywhere today.

"We’ve got a good crowd up here; about 3000, even though the weather’s pretty claggy with the cloud.

"The next three days are looking good."

Mr Lawrence said Homeward Bound run, a long run which terminates at a lower car park, could open tomorrow for the first time this season.Audi Quattro Winter Games NZ 2017 will be held at the region’s skifields from Friday, August 25 to September 10.

"We definitely want more snow even, because those guys are in off-piste terrain, doing big drops," Mr Lawrence said.

Police in 4WD vehicles helped motorists and passengers from 15 cars and two camper vans at the highest section of the notoriously treacherous mountain pass on Saturday, after the vehicles became stuck in snow.

The road was closed about 10pm and Queenstown Lakes District Council contractors worked through the night to clear the road of vehicles and snow and it was reopened in the morning. QLDC spokesman Sam White, on Facebook, said: "[It] probably took many people by surprise, how quickly the conditions can change.

"This is a reminder to people to carry chains in your car, just in case," he added.