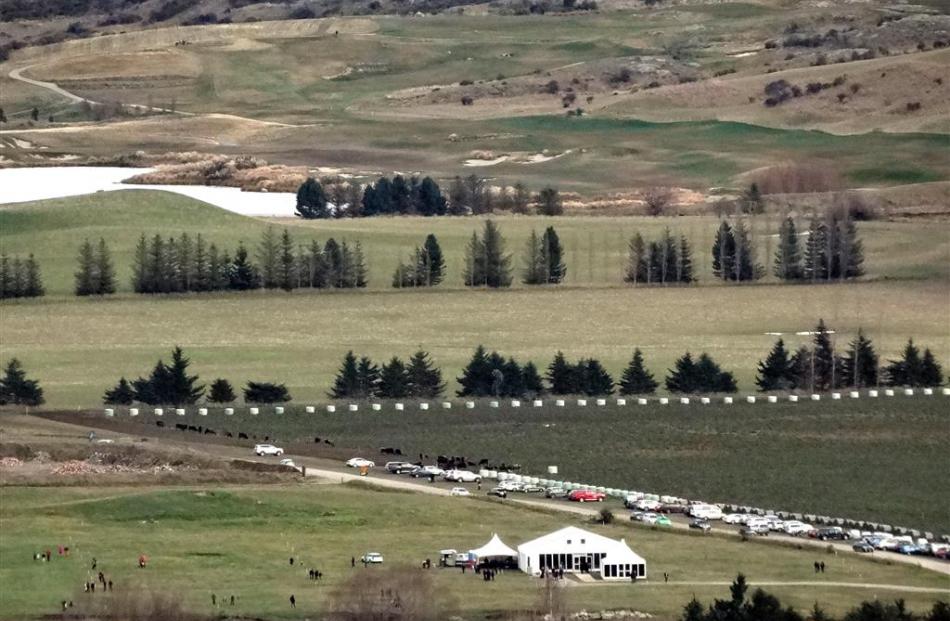 In the development's first stage, north of Jack's Point, 100 lots will be released out of more than 2000 expected sites between Lake Wakatipu and the Remarkables mountains.

Dozens of people clutching site maps wandered in the long grass, which was peppered with stakes marking out sections.

Dinesh Gandhi, who works for Queenstown's Millennium Hotel, said he owned a house in Shotover Country and was looking for another section that was affordable.

"I'm just trying to crack into the Queenstown market.''

Mechanic Devon Payne was looking for his first house.

"It's an awesome location [with] mean views.''

Real estate company BayleysLocations was asking potential buyers to pay a $2000 refundable deposit, and by early afternoon all the forms had gone.

Prices will not be released until a sales day in early July.

BayleysLocations agent Jimmy Allen said he could not comment until he had spoken to Melbourne developer RCL Queenstown.