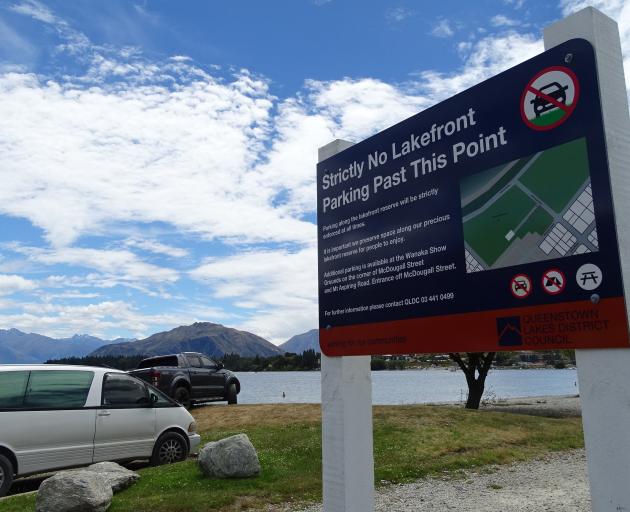 Every year on New Year's Eve drivers ignore signs not to park on the grass on the Lake Wanaka foreshore along Ardmore St, despite there being a free overflow car park in the A&P showgrounds and rugby grounds off McDougall St. PHOTO: KERRIE WATERWORTH
A Queenstown Lakes district councillor believes the development of the Wanaka lakefront will mean an end to the perennial issue of drivers ignoring signs and parking on the lakefront grass reserve during the New Year holiday period.

Wanaka ward councillor Quentin Smith said parking on the grass was an ongoing issue during busy times, but the issue had been much worse four or five years ago ago.

Much work had been done to improve signs, increase the number of bollards and educate the public, resulting in a "massive amount of improvement".

The council had also hired parking enforcement contractors, who were "active constantly" during the New Year period and he would be finding out how many tickets they had issued, he said.

However, one of the goals of the council’s lakefront development was to be better by design, not enforcement. 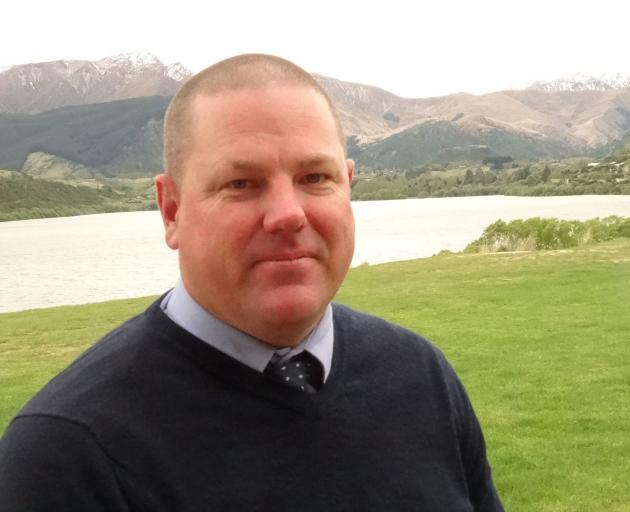 Queenstown Lakes district councillor Quentin Smith says parking on the lakefront grass is an ongoing issue during busy times.
"It is much more effective to design out the solution than to be constantly enforcing," he said.

"Bollards are a good example — if you can’t get there, you can’t park there," Cr Smith said.

He acknowledged there had been very few users of the council overflow car park (off McDougall St in the rugby grounds), and almost no users of the new private paid parking in Dungarvon St.

There had been relatively limited parking on the grass and other issues this year, "but people are sheep and when one does it, others follow".

Great to see some common sense prevailing against the usual council go-to of enforcement thru gathering money.

Great - protect the grass by covering it with concrete, tar and ugly buildings. This is Greenwashing at its finest.