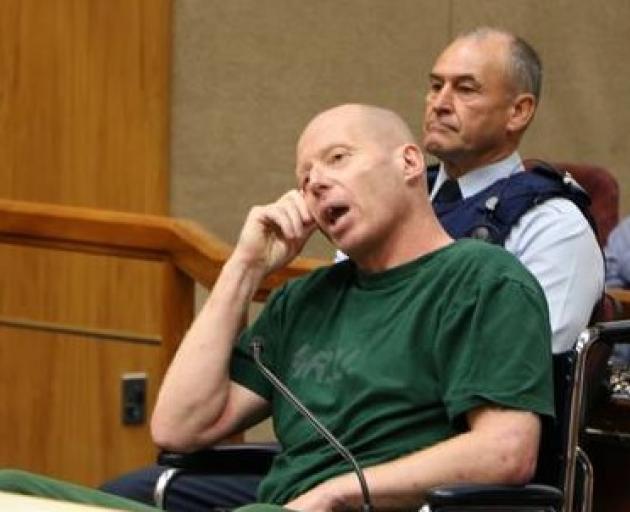 Russell John Tully on trial in the High Court at Christchurch. Photo: Pool
Work and Income double killer Russell John Tully has been on hunger strike behind bars for 24 days, protesting that his bizarre self-medication regime has been blocked.

Tully, who is serving life imprisonment with a minimum non-parole period of 27 years for the 2014 Winz slayings, stopped taking food on April 8.

"Staff are doing everything possible to encourage him to resume eating and are committed to supporting his health and wellbeing," Miller said.

It's understood that Tully claims prison bosses have stopped his preferred method of treating what he says is a recurrent ear infection that is penicillin-resistant.

Throughout his 2016 trial at the High Court in Christchurch, it was clear that Tully was preoccupied with what he felt was a debilitating skin condition – and that he used peroxide to treat it. 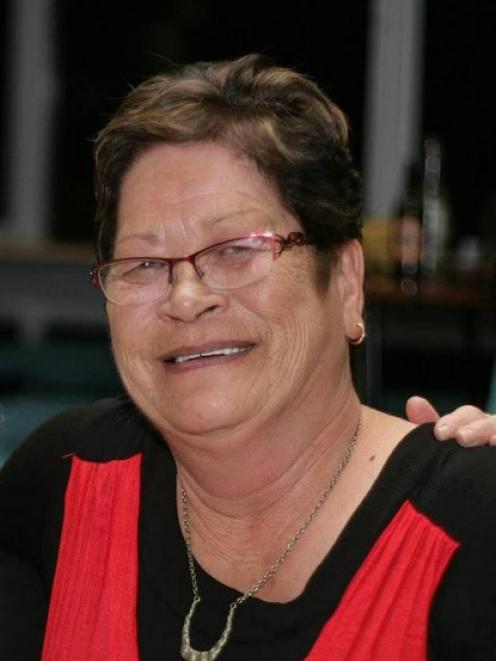 Peggy Noble was shot dead at Ashburton Work and Income on September 1, 2014. Photo: Supplied via NZ Herald
When one Ashburton Winz manager first met Tully in July 2014, he told her he had "some sort of skin-eating disorder" that he used peroxide to treat.

He became annoyed when Winz staff said they couldn't help him with cash to buy the bottles of hydrogen peroxide he tipped in his ear.

A pharmacist told the court she "wouldn't recommend it for a skin condition", saying it was typically used as a cleaning product or for bleaching fabrics.

It's believed that Tully plans to continue his hunger strike until his medication is reinstated.

Tully embarked on several self-induced hunger strikes while awaiting trial – and during it - in protest against his perceived lack of medication.

After 33 days of one hunger strike in prison, he says he nearly died.

"They knew I was chronically crook, they were waiting for me to die," he claimed.

This week, Miller said the physical and mental health of all inmates is paramount and that Tully is being closely monitored by health and custodial staff regularly. It includes "extensive and ongoing consultation" with both medical practitioners on site as well as mental health services.

"The prisoner remains well, and there are no concerns at present that he is in any immediate danger," Miller said.

"[Tully] has previously refused food in order to attempt to convince staff to meet his requests."

Otago Corrections Facility at Milburn, some 40km south of Dunedin, has comprehensive procedures for managing prisoners who voluntarily refuse food, including accommodating people in the Intervention and Support Unit (ISU) to provide "enhanced oversight of them"; providing treatment and support from registered nurses, mental health clinicians and other staff; ensuring ongoing contact through phone calls with family; keeping nominated next of kin regularly updated on the person's wellbeing, if requested or required; and facilitating contact with other support people as requested.

"Corrections will continue to work with this prisoner to ensure the appropriate support and treatment is provided," Miller said.

"My site takes their duty of care and the safety and wellbeing of those they manage extremely seriously, and I would like to acknowledge them for their professionalism on this matter."

Tully, who spent years working in the mines of Western Australia, is appealing his conviction and sentence. 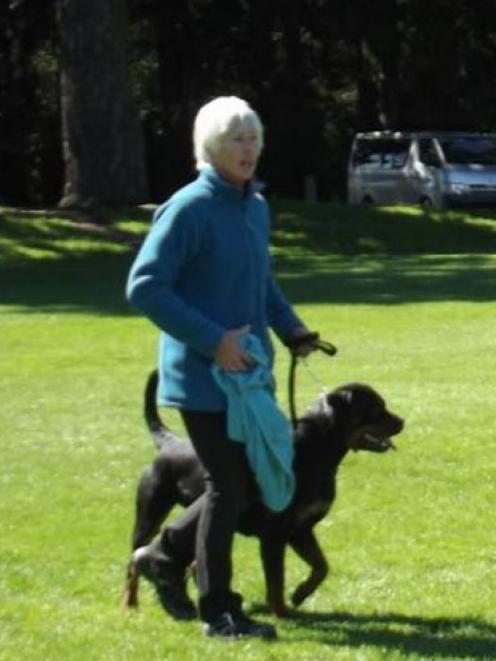 Susan Cleveland, known as Leigh, begged for her life before the gunman shot her. Photo: Supplied via NZ Herald
A Court of Appeal spokeswoman confirmed to the Herald on Sunday that his case has been rescheduled for a one-day fixture in Wellington on June 10.

The Herald on Sunday understands that Tully believes he has a connective tissue disease, which affected his state of mind at the time of the shooting and during his trial.

Tully was found guilty in 2016 of storming the Ashburton Winz centre at 9.51am on September 1, 2014, and shooting dead receptionist Peggy Noble, 67, from point-blank range and shooting case manager Susan Leigh Cleveland, 55, three times as she pleaded for her life.

At his sentencing, Tully alleged a "major cover-up by the Crown" regarding disclosure and evidence, and further claimed he didn't have access to a lawyer.

"If I was guilty and went out and killed two people, I'd take it, and say, 'That was me'. But obviously that was not the case and I refute the accusation," Tully said.

Tully was found to be mentally capable of facing charges of double-murder and attempted murder after an earlier hearing under the Criminal Procedure (Mentally Impaired Persons) Act 2003.

In 2018, Tully was interviewed behind bars by a senior detective reviewing the 20-year cold case of murdered Ashburton schoolgirl Kirsty Bentley.

Tully, a former local diesel mechanic who grew up in Ashburton, was ruled out as a suspect after police came away satisfied with his alibi. The case remains unsolved.