In the days ahead, up to 38 patients could be in intensive care units across the South at any one time, Southern District Health Board chief executive Chris Fleming says.

However, at the moment there is a possible shortfall of capacity in units in the Southern district.

Mr Fleming also said yesterday the health region was able to run up to 400 tests for Covid-19 each day, but as yet that maximum level had not been reached. 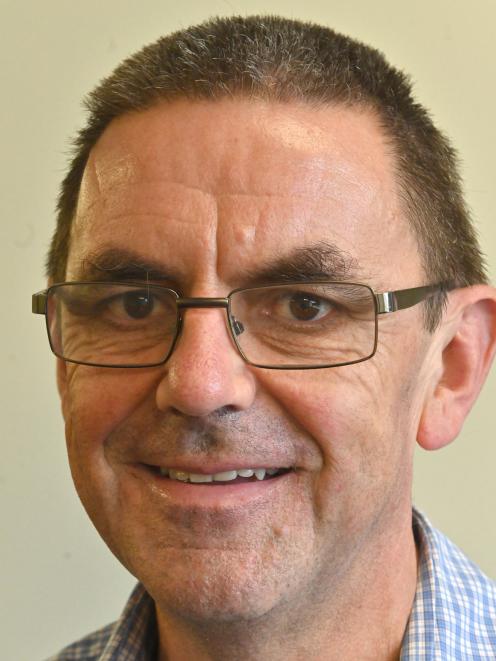 The information was shared as Mr Fleming faced the media shortly after it was confirmed the South had exceeded 100 cases of the coronavirus that has sparked New Zealand’s present Covid-19 Alert Level 4 lockdown.

With 108 confirmed or probable cases of infection in the South, the Southern district remains the health region where Covid-19 has been found to be most prevalent — ahead of Auckland (104) and Waitemata (98).

"Our planning at the moment would indicate to us, at the peak, we might need potentially up to 38 patients in ICU across our district at any one time," Mr Fleming said.

"And overall we have capacity presently ... for about 34, so we’re still figuring out how to move further beyond that.

"Clearly we’re also working on wider planning, in terms of, any model is only as good as the information at the time — so we’re planning for further capacity as we speak."

Mr Fleming also announced Queenstown’s Lakes District Hospital was again admitting patients after no further cases of Covid-19 had been detected among staff.

The hospital’s inpatient ward reopened yesterday in a limited capacity after 40 staff were able to return to work.

A second nurse at the hospital was revealed on Tuesday to have been infected and a blanket testing regime was adopted for all 83 staff at the hospital. Only the emergency department remained open in the main building.

The maternity unit was moved into the dental unit — a pre-planned response to the global pandemic already in process, but which was sped up rapidly due to the positive test results.

Mr Fleming said while 20 test results remained outstanding for staff — and were not expected until lunchtime today — those results were for staff not considered close contacts to either of the two nurses found to have been infected this week.

There were 21 staff, including the two infected nurses, now in self-isolation. While staff at the hospital had cared for two patients with Covid-19, neither of the infected nurses had direct contact with either patient.

Mr Fleming said the big risk at hospitals was during aerosol-generating medical procedures, but there were no such procedures at the hospital.

Figures released by the health board show in the South the Queenstown Lakes district has more cases than any other with 38 confirmed cases; Dunedin has 35 confirmed cases, including one probable; while Invercargill (18), Central Otago (8), Southland (6), and Clutha (3) make up the rest.

Waitaki and Gore have yet to record a case.

Mr Fleming declined to speculate on the level of community transmission in the South in light of the prevalence of Covid-19 cases in the area, but he downplayed its prominence.

He suggested the high number of cases here could be related more to the rigorous contact-tracing under way.

"I’m really proud of our team, about how diligent their contact-tracing is," he said.

"I believe they’re testing very early, at the earliest sign of any symptoms. And I believe that’s why we’re picking up a significant number of cases in the early stages.

"They are very diligent, almost brutal, at making sure that we are following up every close contact. Because when you look at the modelling, when you look at some of the scary modelling that’s been overseas, etcetera, it’s worth every last dollar in terms of mitigating this issue as far as we can."

Perhaps we need to engage with the US Army Corps of Engineers. They have pre-packaged solutions to turn non-medical facilities into ICU centers - makeshift negative pressure rooms, etc, out of hotel rooms, etc. That, and a whole heap of "number 8 wire" ventilators, we're gonna need them!