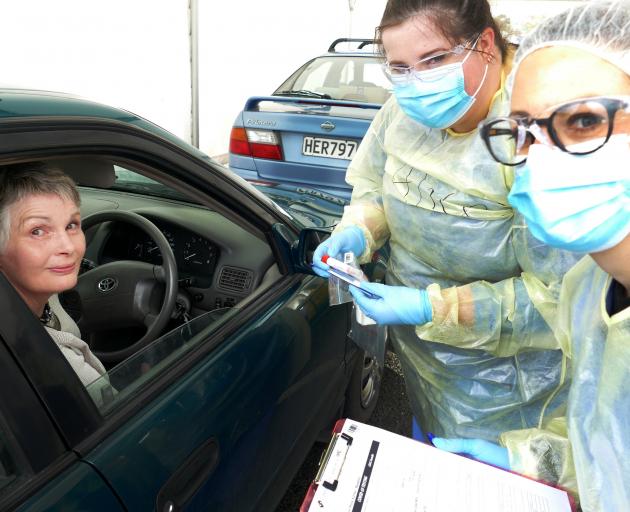 A drive-through testing station at the town’s Cross Recreation Centre car park yesterday tested 271 people, in an effort to check the virus was not spreading through the community undetected.

A third public event will take place at Centennial Park, Oamaru tomorrow, from 10am to 3pm.

"It’s been a fantastic response from people so far, with many telling us they’re here to ‘do their bit’ towards Covid-19 elimination."

In common with all Covid-19 testing, the tests were free and it did not matter whether participants were symptomatic or asymptomatic, he said.

"It’s good for all of us to check whether we have it in the community, and allow us to get on top of it early if it’s here," she said.

From Monday, testing would move to Queenstown, Mr Swanson-Dobbs said.

"We expect to be in Queenstown for four days, and will concentrate on areas where visiting Aucklanders may have been in contact with people, including hospitality workers."