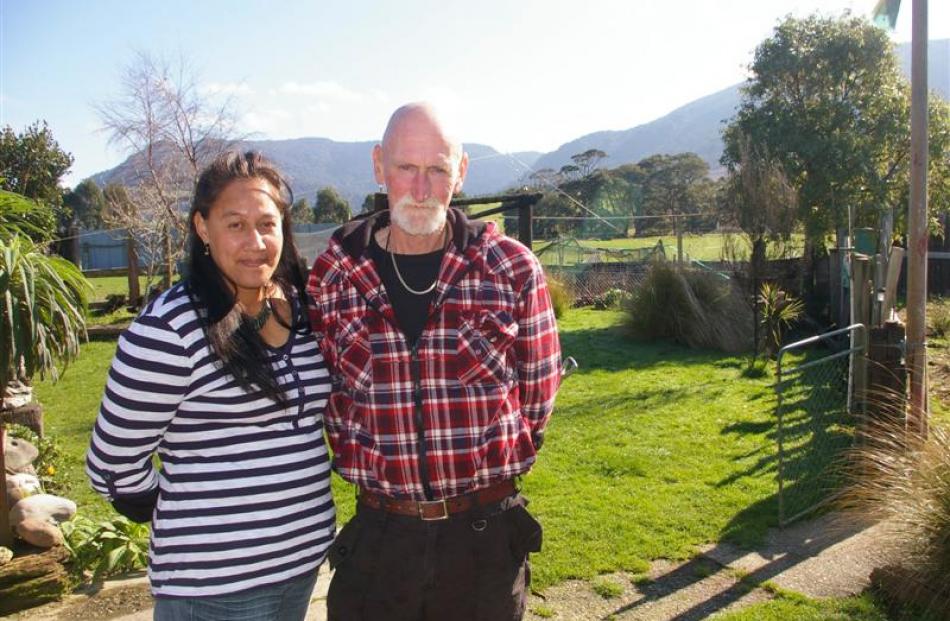 Wikitoria and Douglas (Owen) McNutt of the Tahakopa Kakariki Protection and Enhancement Trust say they are still don't know why their funding request to the Department of Conservation's Community Conservation Partnership Fund was declined. Photo by... 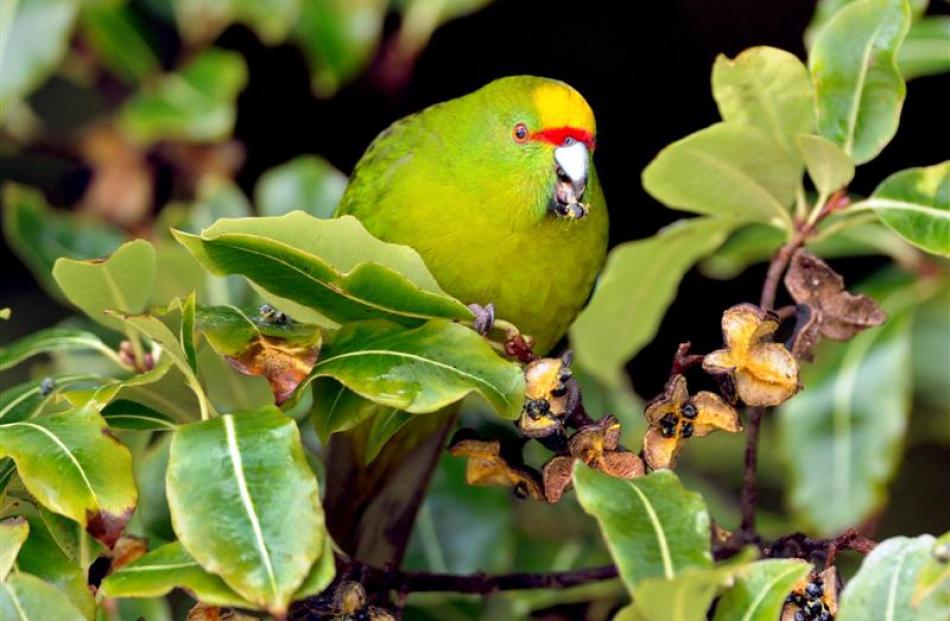 The kakariki, or yellow-crested parakeet. Photo by Stephen Jaquiery.

A Catlins-based conservation group fears its efforts to preserve critically endangered wildlife has been put at risk because of a change in the Department of Conservation's community funding strategy.

Half of the funds requested were to pay for pest control and half were to determine if the bats that inhabit their property included the endangered short-tailed bat.

The trust manages 40ha of native bush surrounded by Doc land in the Tahakopa Valley and it is home to mohua, kakariki and pekapeka (bats).

Douglas (Owen) McNutt of the trust believed he had seen a short-tailed bat on the property and requested money for cameras to monitor the rare wildlife.

The trust also undertakes extensive trapping in the native bush on their 84ha property and the $20,000 it requested was to subsidise the cost of their ongoing efforts to protect the resident mohua population - which Mr McNutt estimated to be over 200 of the rare birds - and three breeding pairs of kakariki.

Another trust member, Wikitoria McNutt, said she was ''gobsmacked'' by the response from Doc when she asked why the trust's request for funds from the Community Conservation Partnership Fund was declined.

While she understood that monitoring the bats on her and her husband's property was not a Doc priority at present, the mohua, kakariki and bats on their property were.

A population explosion of pests after a massive beech masting this year would put the forests' most vulnerable inhabitants at risk, including mohua, kakariki and bats, Doc said when it

launched their ''Battle for our Birds'' campaign. The campaign targets pests on over 600,000ha of conservation land with aerial 1080 applications.

Correspondence from Doc told the McNutts that they were not a part of the ''Battle'', which was an ''in-house programme focused on large tactics and forests,'' Mrs McNutt said.

But she argues the end result - the preservation of species such as mohua, kakariki and pekapeka - at a time of a pest population explosion is the same.

She emailed conservation partnerships manager Philip Melgren for some clarification on their failure to secure funding this year.

''Could you please supply us with a breakdown of why our ground control pest eradication for part-funding to protect the critically endangered pekapeka, kakariki, mohua that are resident on private land adjoining the Catlins' Saving the Ark site was declined?'' she wrote.

She was informed their ''application was unsuccessful due to the application expressing the need for survey work, which is an exclusion criteria for this fund.''

The McNutts have now received this explanation twice and deny the need for survey work on their property - they say the work was done 10 years ago, funded by Doc.

Mr McNutt said he felt ''stonewalled'' by Doc and that ''they have pulled the rug out'' from under his years of conservation work in the Catlins.

Mayor excited for year ahead after cancer operation goes well