Rough & Milne Landscape Architects director Brooke Mitchell presented draft concept plans for the Clyde St site during a council meeting in Balclutha on Thursday, to a mixed reception from councillors.

Mr Mitchell said his firm’s designs would integrate with the existing streetscape theme, and bring "openness and character" to the heart of Balclutha, opposite the Elizabeth St plaza.

A design entitled "The ferry, the table, and the river" integrated the Fahey Designs building, and offered soft landscaping, large picnic tables, and "flowing" concrete flooring.

The second design, entitled "The Hunt for the Wild Things" played on a historical "Bigfoot" narrative from the Catlins, and included the Calder Stewart building, Mr Mitchell said.

It integrated "strata" motifs, a semi-hidden Bigfoot statue for children, and a soft landscaping "forest" including mist fountains and mirrors for a "mystery" effect. 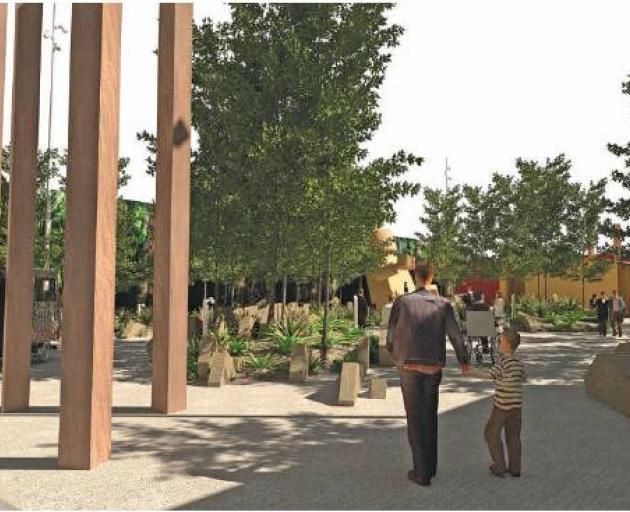 Cr Foster said the option would make Balclutha a "true destination" for visitors and travellers on State Highway 1.

However, a majority of councillors preferred option 1, The Ferry.

Mr Mitchell said any new design could be compassed in final landscaping plans.

The council voted 11 to three for The Ferry design as its preferred option for Rough & Milne to further develop.

Mr Mitchell indicated revised designs could be ready for review at the next council meeting, on October 29.