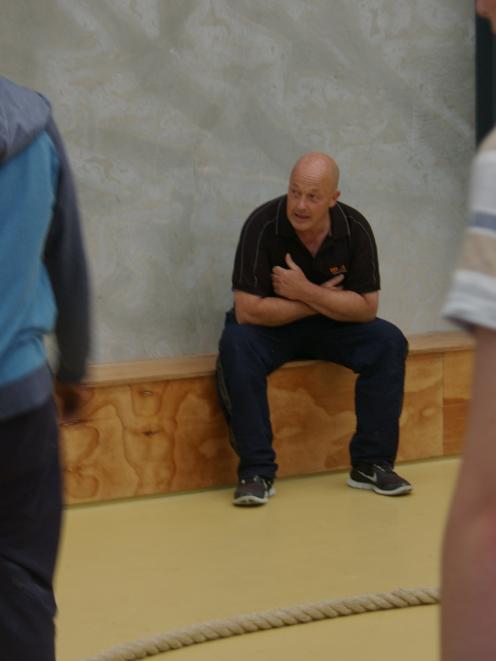 Twice a week for the past two weeks 18 young people from Dunedin have been brought by bus into Balclutha to join the 21 locals to take part in the six-week life-skills programme the mayor promises will end in a job for the 18 to 24-year-olds who stick with it.

''Right now our economy has got over 400 job vacancies,'' Mr Cadogan said. With more job vacancies than Clutha youth could possibly fill, he questioned why the youth employment scheme would not look to Dunedin.

In the scheme's fourth year, every participant who made it through Ready, Steady, Work had found work, he said. Yesterday, the Ministry of Social Development was unable to provide the Otago Daily Times with the number of young people who have found work through the programme, but in August this year Ministry of Social Development regional commissioner John Allen said that up to 100 had started Ready, Steady, Work and it had an ''incredibly, incredibly successful'' result.

Telford, a Division of Lincoln University, with the Ministry of Social Development started the programme with Mr Cadogan as the ''driver'', he said.

Participants were encouraged to get a driver licence if they did not have one and told to be prepared to pass an employer's drug test, the mayor said.

Clutha district's youth unemployment rate of 6.7% amounted to only 87 unemployed in the same age bracket. Mr Cadogan said that Clutha's jobless rate was dramatically down from when the scheme started and he wanted zero youth unemployment.

He said the Community Trust of Otago saw the opportunity and funded the bus and he welcomed the Dunedin youth looking for work in Clutha.

A 19-year-old Dunedin participant said that the only job he had was casual work at Forsyth Barr Stadium. He had looked online and been out door-knocking for ''at least a year and a bit - without any success''.

He had only had two interviews in the time he had spent looking for work. And while he hoped for work in the hospitality industry, he would take on anything.

He is on the jobseeker's benefit and after paying his grandmother for board he was left with $30 a week.

Another 19-year-old from Dunedin said he had work for one night a week.

He said he heard about the programme from a friend and believed he would ''definitely'' have a job at the end if he got involved. He said he needed financial stability, he lived at home, but he owed money on fines from driving-related offences.

He said he had got on a bus at 7.25am yesterday morning to arrive at Balclutha for an 8.30am start.

He said, like many, he had his eye on one job, but there were more on offer.