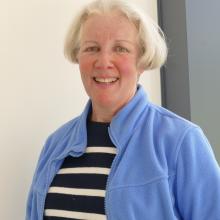 Kathleen Baff
A Stirling woman would like to see levies placed on commercial landlords in South Otago, in an effort to reduce a growing number of empty shops in its towns.

Mrs Baff was one of 32 individuals and groups speaking to their submissions on the plan, at the Cross Recreation Centre.

The council received more than 220 submissions, which will help determine strategy and spending for the next decade.

Mrs Baff’s proposal was one of the more unusual during a day of hearings that otherwise focused on requests for continued or increased funding for community groups; appeals for an increase in beneficial environmental activities; and concerns about the conversion of pastoral land to forestry.

Mrs Baff said she had been struck with the idea when she was considering opening a shop in Balclutha.

"There are an increasing number of empty shops in all of our towns and, having viewed several of them, I believe this is down to high rents allied with run-down and unappealing premises.

"If the landlord’s product isn’t selling for these reasons, an empty premises levy would provide an incentive for them to clean them up and make them a more appealing prospect."

Mrs Baff proposed a three-month window in which to turn a retail premises around, after which the council should apply the levy.

Funds raised could go into maintenance for shopping areas or community projects, she said.

"Perhaps this suggestion is a bit radical. [But it would] be one solution ... Alternatively, the suggestion could get stakeholders to think, discuss and come up with other inspiring ideas."

In response to Mrs Baff’s presentation, Cr Gaynor Finch said there could be legal issues implementing her proposal.

"Milton Promotions tried something similar about 10 years ago, where we asked landlords if we could spruce up their empty shops for them, but we had very little response.

"Unfortunately, we have no rights as a council to push them to do anything."

Council staff said they were unaware of any similar scheme elsewhere, which suggested it might be impossible to enact.

"We have been very concerned about the false impression empty shops give ... contrary to the buoyant economy and growth we’re seeing.

"Unfortunately retail is not following on, so perhaps we do need to look at other ideas to help make our towns more vibrant."

The council will decide changes to the long term plan at a meeting in Balclutha on May 20.