Both incidents occurred about 2.20pm.

Witnesses at the South Otago scene said the driver lost control of an SUV while heading south, exiting a corner between the highway’s Station and Paterson Rd intersections, about 11km northeast of Balclutha.

A driver of a car heading north, who did not wish to be named, said the incident had unfolded "in the blink of an eye".

"It was just so quick. We thought he was going to hit us as he veered across the road coming out of the corner, but we were so lucky he just missed us and ended up rolling into the ditch.

"We don’t need to buy a Lotto ticket this week."

The driver and his wife, who were returning from their Catlins crib to Dunedin, said they did not think excessive speed was a factor in the crash. 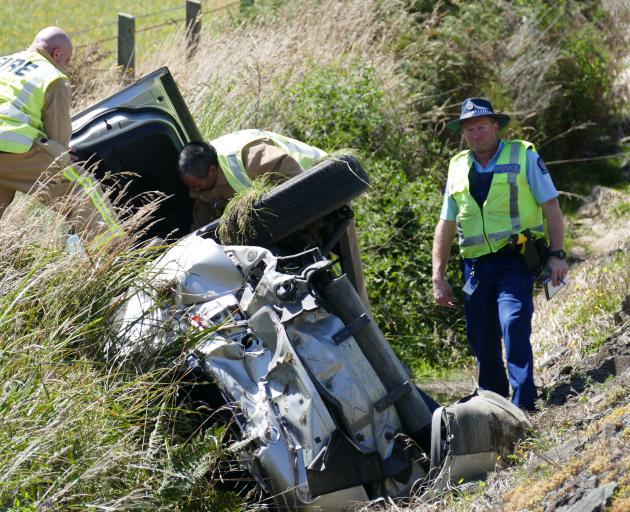 "I think he just hit a bit of gravel at the corner, overcompensated, and that was it."

While a passing truck driver attended to the injured man and called emergency services, the witness and his wife marshalled traffic.

"It’s a blind dip in the road, and I know how fast people can come round sometimes," he said.

The crash left only one lane open, police said.

A St John spokesman said one patient was taken by ambulance to Dunedin Hospital with moderate injuries.

Emergency services attended a rolled vehicle after a crash on Alexandra’s Centennial Ave yesterday, when a car and van collided outside the fire station.

Alexandra resident Colleen Allen, who heard the crash, was waiting for a friend at the time.

"I just came out of Paper Plus ... and I just heard this almighty bang and saw this van flip."

A St John spokesman said one person was taken to the Alexandra Family Medical Centre with minor injuries.