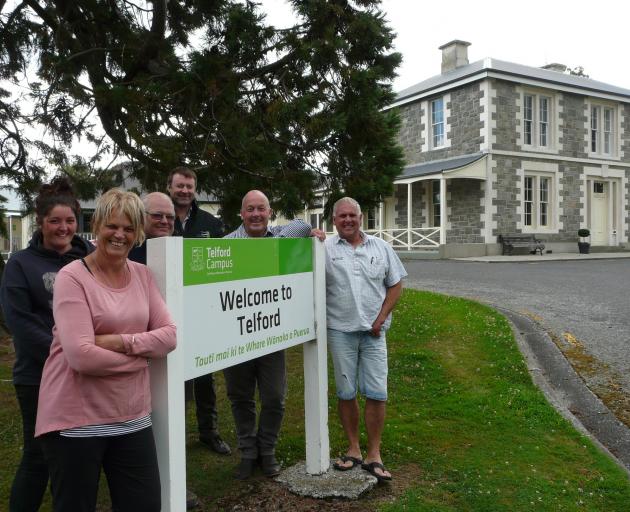 Telford became enmeshed in the voluntary liquidation of former operator Taratahi in December, after the Wairarapa establishment's mounting debts of $23million.

Telford Farm Board chairman Richard Farquhar said the announcement of the 12-month, $1.8million package from the Education Ministry was ''fantastic news'', but urged against complacency.

''The hard work carried out by so many doesn't stop today; it's just beginning. We're stoked to be opening shortly, but that's tinged with regret at the loss of some jobs, and the fact a permanent deal wasn't struck during negotiations.''

Education Minister Chris Hipkins said on Monday Telford's staff would be reduced to full-time equivalent of 20, from a current roster of 37 full-time and part-time employees.

SIT chief executive Penny Simmonds said despite the failure to negotiate a long-term deal, she was pleased to have gained ''some certainty'' for staff and students for the year ahead.

A provisional course start date of February 18 was anticipated, and would be confirmed with enrollees in the next few days.

''We'll be working hard during these 12 months to make Telford a viable, going concern for the long-term.

''We respect the minister's decision to negotiate a temporary rather than permanent deal as we had originally hoped, but our position regarding a possible longer-term relationship with Telford remains unchanged.''

Chris Hipkins told the Otago Daily Times the temporary deal had been struck for reasons of ''flexibility''.

''I appreciate SIT's initial proposal was to take on the Telford campus indefinitely. This involved a higher level of investment and, given the potential for change in the vocational education sector, it was prudent to secure a short-term arrangement in the first instance.''

The Government is expected to announce significant reforms for the tertiary sector next week, likely to have an effect on polytechnic funding.

Mr Hipkins said the short-term nature of the Telford deal should not deter students.

''Students can be confident they can continue to study and enrol in education programmes during upcoming sector reforms.''

The deal meant farm assets had returned to the ownership of the Telford Farm Board, ending Taratahi's association with the institute.

Shedding that association would enable Telford to rebuild its reputation at the forefront of tertiary agricultural training, Mayor Cadogan said.

''We've a facility here that's been proven to deliver, and you only have to look at the reaction to recent events to understand the reputation Telford enjoys among the primary industries.

''It's always been the jewel in Clutha's crown; we're happy to to see it shine again.''