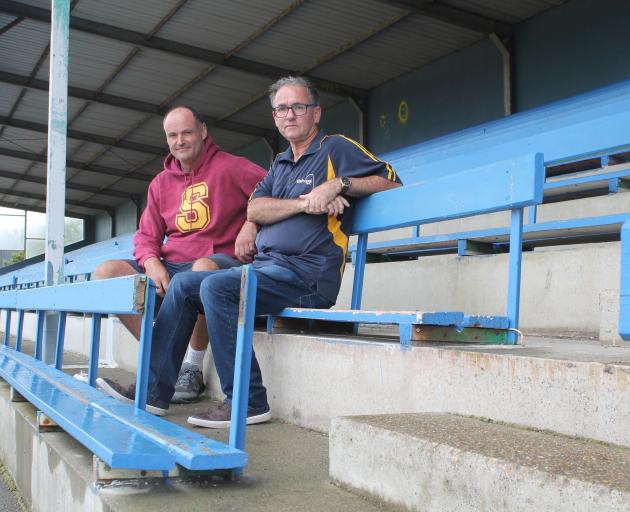 It was deemed an earthquake risk in October 2018 and, at the time, the council erected signs at the entrance advising users to enter at their own risk.

A year later, the council changed the sign; which now stated the building was not a "priority building" and the owner (ICC) was not required to complete seismic works until 2044.

Waihopai Football Club outgoing president Gordon Crombie and Athletics Southland president Chris Knight believed it was not good enough and were disappointed with the time it had taken for a decision to be made.

The Athletics Southland group was worried it could lose the opportunity to host future events if it was not fixed.

It had been approached by Colgate Games to host the next meeting in January which would see about 1000 athletes competing at one of New Zealand’s largest athletics competitions for children aged 7 to 14 years.

He said the club was in discussion with the Organisation of Interprovincial Championships to host the event in Southland next year.

Mr Crombie said the grandstand was an essential community facility.

"Years ago the city council had set aside some money to repair the grandstand but nothing has eventuated.

"Then it [council] had engineers looking at it ... since then there have been a few meetings with the city council and there has been no update.

"It is kind of limbo and it is frustrating.

"It seems nothing is happening around it."

Mr Crombie said after two years with no progress, he would be leaving the president’s role quite frustrated.

It was hard for local groups to make plans as they did not know what would happen with the grandstand, Mr Crombie said.

Mr Knight acknowledged people had been using the facility "as normal" but stressed this was not the ideal situation as it posed a safety risk to members of the public.

He also highlighted athletics was a sports model where spectators could not watch from ground level very well.

"You need to be above it, so having a grandstand is very important for us to hold those events."

Mr Knight acknowledged if council decided to demolish the whole grandstand to build a new one, it would not be available for the competitions.

However, he was urging the council to create a temporary solution.

"To be able to continue to hold and attract events to the region, we need to have a grandstand in place."

"The final report and subsequent recommendations relating to Surrey Park will be first agreed by the governance group and then presented to council via the infrastructural services committee for approval.”