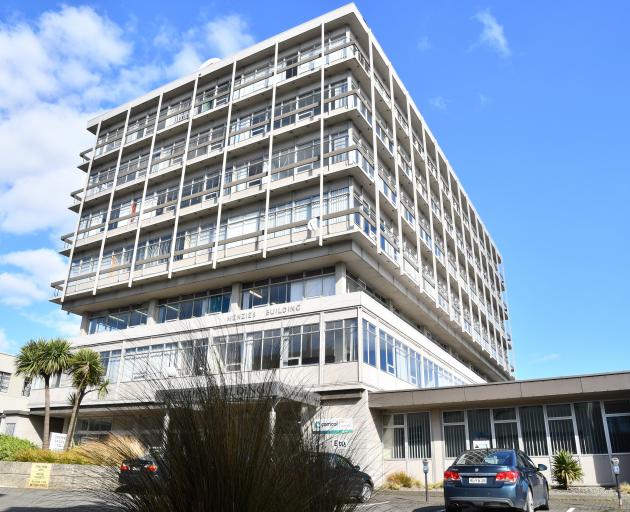 Invercargill’s Menzies Building will be converted into a 150-room hotel. PHOTO: LAURA SMITH
One of the most distinctive commercial buildings in Invercargill will be transformed into a 4.5-star hotel.

Distinction Hotels owner Geoff Thomson bought the Menzies Building from Pascoe Properties in the city centre with the aim to build a 150-room hotel.

Pascoe Properties’ owner Gaire Thompson said his team had put a lot of work into the building with the aim to rent out office spaces there.

However, he was pleased Mr Thomson approached him with an interest in buying the building.

"I can see it would make a really nice hotel. It is a central location, with a view to the city and many windows," he said.

Mr Thompson said he did not know how many tenants he had, but would be working with each of them to ensure a smooth transition.

His company had recently purchased the Invercargill Railway Station building which would be converted into offices, he said.

"We are looking to relocate a lot of the tenants into this building, plus we have offices around the town. So we will talk to the tenants to see where they would like to be relocated."

The current rental prices would be kept, he said.

Community College Southland was the biggest tenant in the building, but chief executive Doug Reid said the news was not a surprise for him.

Loss and Grief Centre founder and director Caroline Loo was planning to move to the building when she heard the news.

But the change of plan did not dampen her mood.

"We didn’t have a lease signed but we were about to.

The Otago Daily Times understands the Distinction group would take over the building at the beginning of next year.