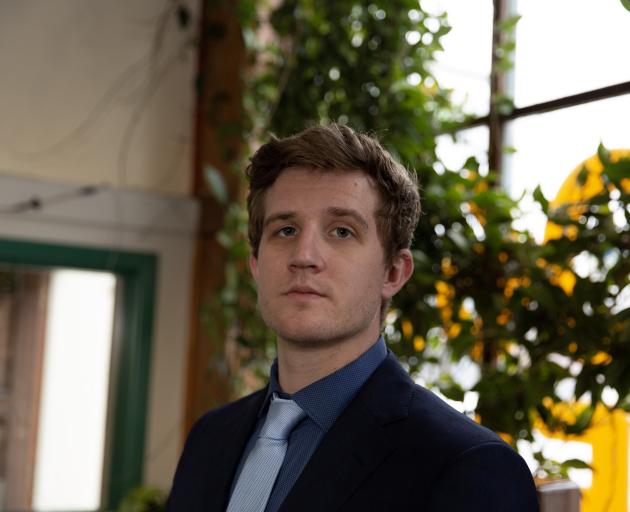 Mr Bell said he was standing for mayor because Mr Hicks had been in the role since 2004.

"It’s time for a change.

"It seems like the community wants something a bit different."

He also liked the idea of being able to make a difference.

"I think it’s a chance to be a real leader and a real change-maker within the district."

He is part of a group running on the Team Hokonui ticket.

"They’ve helped me gain the confidence to go for something like this."

He was concerned about the present council’s record and questioned its spending.

"I think [money] has been spent in the wrong areas.

"There seems to be a lot of projects that have been started and then a lot of money’s been spent on them not to pan out correctly."

Making Gore a better place was one of his aims.

"Gore, in my opinion, has stopped moving forward to a certain extent and this is the chance, I believe, with myself and the team behind me to keep Gore moving forward."

He challenged the idea that he lacked life experience.

"I’ve been doing this businessy-type leadership roles since I was 13."

At 17 he gave a Ted Talk and he had also spoken at a Stanford University medical conference about a device he had invented.

Having worked at the Horizons Regional Council in Manawatu, he understood many of the issues facing the district, he said.

As a child his family had lived in many places in the North Island but over the past few years Otaki had been his home, Mr Bell said.

He moved to Gore 18 months ago and found the community "awesome" with "super-friendly people".

"I run my own company but I had some contracts with a couple of different people in Gore, so it made sense to come down this way and just loved it ever since."

The company is called Random42, which Mr Bell said he had used as a password once.

While the name started out as a joke between him and the company shareholders, it "stuck" and now was an appropriate name for the kind of work he did.

"It is kind of random and quite different, which makes it really fun."

He specialised in technology-based projects, including developing software, building websites, coding hardware and putting hardware together.

At present he was building the business from scratch but hoped to employ staff one day, he said.