Family by Invercargill woman's side as she died from Covid-19 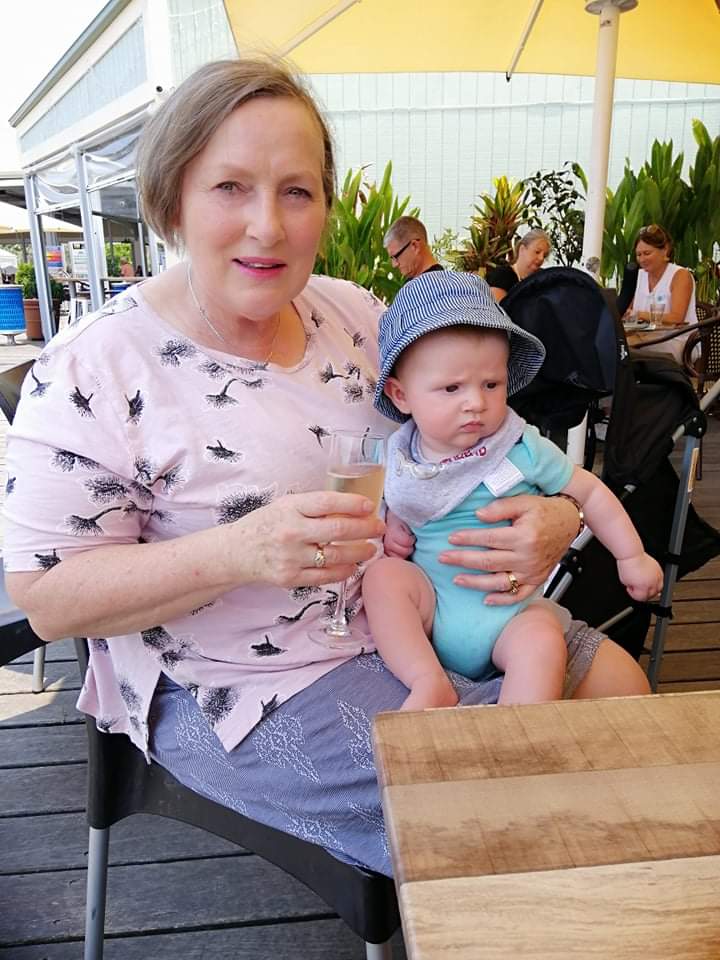 Director-General of Health Dr Ashley Bloomfield at today's Covid-19 update confirmed the death and said arrangements were made for her family to be with her last night as she passed away.

Her death was confirmed to the Otago Daily Times by her son Will Finlayson, also of Invercargill, this morning.

It is still unknown how she and a group of family members contracted the disease and is considered as a case of community transmission.

Mrs Finlayson (62) last left her home on March 17 before going into lockdown with her family in Invercargill.

After she became unwell on March 28 - Mr Finlayson's birthday - she was tested on April 1 then returned home. She got her results on April 3 and was admitted into Southland Hospital on April 4.

She was later flown to Dunedin Hospital when she was put on a ventilator on April 6.

Mr Finlayson described the past few weeks as a "rollercoaster of emotion," but in the last three days his mother had shown signs of progress.

"Basically we have been told she was going to die about three times during this process and the next day she recovered.’’

He said her oxygen requirements and infection levels were ‘‘going down.’’

"We got progressively good news for the last three days. She was recovering — I think it was her 17th day on ventilator.

"It was such good news to the point that not yesterday but the day before, we were talking about rehabilitation and how she was going to handle living after [recovering] and what her requirements would be.’’

Mr Finlayson, his partner — paralympic gold-medalist Laura Thompson, his parents and two children all went in to self-isolation before New Zealand entered its nationwide lockdown.

Four of six family members living in his house tested positive for Covid-19 and he was surprised everyone had completely different symptoms.

"She also lost her sense of smell and taste. And I had no symptoms.

"We all tested positive but had completely different experiences."

"While her family had not been able to visit her over the past few weeks, arrangements were made for them to be with her last night as she passed away."

The second death announced today was a resident of Rosewood rest home in Christchurch, a man in his 70s. There are now nine deaths associated with that cluster.

"My sympathies go out to the families of both of these people and once again we are reminded of the serious threat that this infection poses to individuals and our communities."

Mrs Finlayson is the second person from Invercargill to die of Covid-19.

Alister Peter Brookland, in his 70s, known as Barney, died on Tuesday last week in his Kingswell home.

'I am very sorry' - Bloomfield

Mrs Finlayson's daughter Nicole earlier told RNZ her family was worried the seriousness of her condition was being downplayed publicly after Dr Bloomfield described her condition as stable.

At today's update Dr Bloomfield apologised for any anxiety this caused.

"Prior to yesterday the information I had was that the person who has subsequently died was in critical condition and yesterday it said stable which reflected the fact there had been no change.

"But I am very sorry because I think ... that did create some anxiety and concern for the family.

"So I am sorry that happened and I am certainly happy to be in touch with them personally if they would like to."

Prime Minister Jacinda Ardern said that in future authorities may only say if a patient is in ICU and not mention their status.

“Because in this case perhaps the health terminology will mean different things to different people and no-one wants to create any kind of extra additional distress for families as obviously has been caused in this case.

'Tragic reminder' of risk of Covid-19

“I would like to acknowledge the enormous efforts of all our staff in Southland Hospital and the Dunedin Hospital ICU who provided care for our patient over the past weeks and thank them for their ongoing commitment in these challenging times.

“This is the second death from COVID-19 in our district, and the first in our hospital facilities, and further tragic reminder of the very real cost of this virus.

"It underscores the importance of all the steps we have taken to prevent the further spread of the virus, and I would like to take a moment to acknowledge everyone’s contribution to this collective effort. It is greatly appreciated.”

'No one could hug her'

Nicole told RNZ her father and four other family members - including a toddler and a baby - had also caught Covid-19.

"When mum was in Southland Hospital, the nurses ensured her phone was charged so that we could communicate with her and I will be eternally grateful for that," she said.

"But obviously since she was sedated and intubated [two weeks ago], we haven't been able to communicate with her, and our only contact is through the medical staff caring for her."

The description of her condition in the government media conference this week has upset the family.

On Tuesday Dr Bloomfield said none of the patients in hospital were critical; yesterday he said they were stable.

Nicole was initially elated when she heard the briefing on Tuesday and thought her mother's condition must have changed since they had spoken to doctors that morning.

"I rang my dad to see if he had received a further update from the hospital, he hadn't. I rang the hospital and they confirmed she was still critical. This was a little heartbreaking," she said.

It made her question the accuracy of the information in the press conferences.

She worried people would not understand how serious the situation was.

The Ministry of Health said the medical terminology it used for "stable" meant there had been no change in a patient's condition.

The fact the person was in intensive care denoted the seriousness of their condition, it said in a statement.

A Southern District Health Board spokeswoman said yesterday Mrs Finlayson had been in ICU for two weeks.

Her condition was yesterday described as stable but critical.