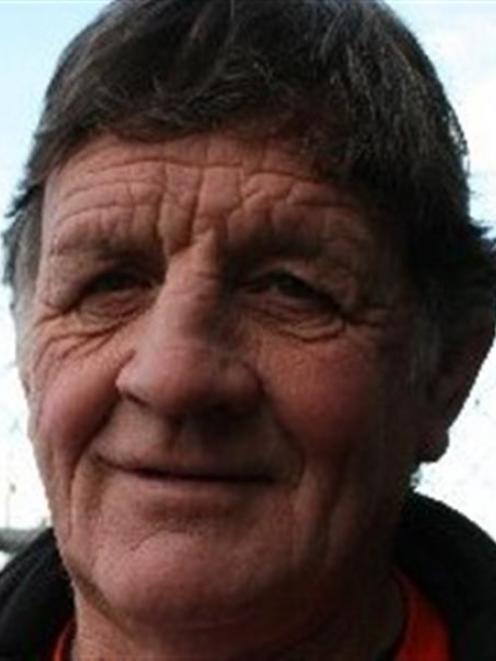 John Edminstin.
The organisers of Bluff's oyster and food festival are bidding for the historic Club Hotel on the town's main street.

The plan was to demolish the building and create a permanent base for the annual festival on the 0.4ha site, Bluff Oyster and Food Festival Charitable Trust chairman John Edminstin said on Friday.

Covered areas would be built for festival stallholders, well as an outdoor stage and car parks.

But he said there were ''hurdles'' to cross before the purchase could be confirmed and it was not certain the project would proceed.

The hotel, built in the 1880s, has been owned by Blenheim couple Rick and Barbara Osborne since 2007 and is now vacant.

The building is not listed as a historic building by the New Zealand Historic Places Trust (NZHPT), although an archaeological report carried out earlier this year when derelict outbuildings at the back of the hotel were about to be demolished said a registration report had been prepared.

However, it is listed in the Invercargill City Council District Plan as a class four heritage property.

Mr Edminstin said the committee had been negotiating with the hotel's owners for six months.

It was also possible the NZHPT would want the facade kept, something Mr Edminstin said was also still under discussion.

The trust had prepared an engineering report which was now with the NZHPT, he said.

Otago-Southland NZHPT heritage adviser Jonathan Howard yesterday said the NZHPT had met the trust to discuss its proposal, including alternatives to demolition ''which would remove one of the community's significant landmarks''.

As the building was listed in the council's District Plan, the council would make the decision on any resource consent for demolition, he said.

The resource consent process would also provide an opportunity for the people of Bluff to have some input. No-one from the council was available for comment.