Group bares all to continue streak of fundraising success 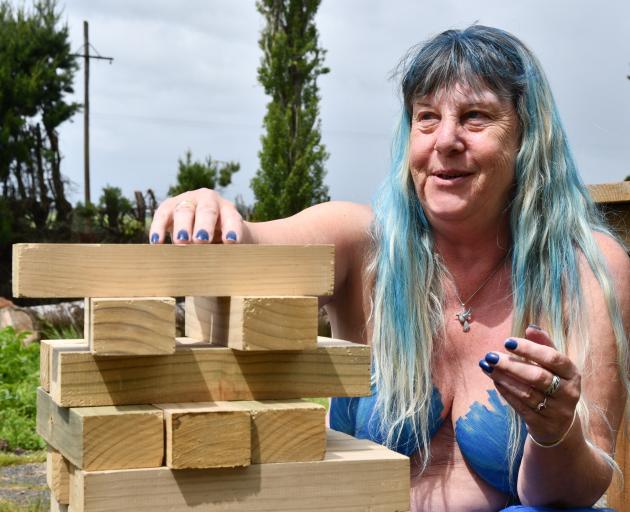 Southern Naturally member Wilma Kremer had a go with the giant Jenga during a break in the rain. PHOTO: LAURA SMITH
Stripping down the stress is what one Southland woman believes draws members to the southernmost nudist group.

Wilma Kremer joined Southern Naturally because she found freedom in not wearing clothes.

The motivation for some of the group’s 26 members to join was the chance to "blob out in the sun" and relax after a stressful work week, she said.

Last weekend, however, they ditched their threads for a charitable reason.

The club met on Saturday to raise money for the Southland Charity Hospital, as well as hold a blue-themed lunch for prostate cancer awareness and men’s mental health.

"We’ve always done breast cancer, so this year we decided to do this. Some of our men have gone through it."

While they had planned to play croquet, the unpleasant weather had everyone inside by the fire.

However, a few brave members had a go at giant Jenga during a break in the rain.

Ms Kremer said the club would hold an open day in December — clothing optional — where people could see if it was something they would be interested in.

"We just don’t have clothes on, we do the same things as other clubs but we just feel free."

The naturist base was private, only the neighbouring cows spying through the trees on occasion. 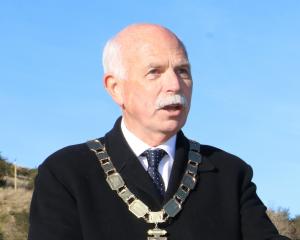