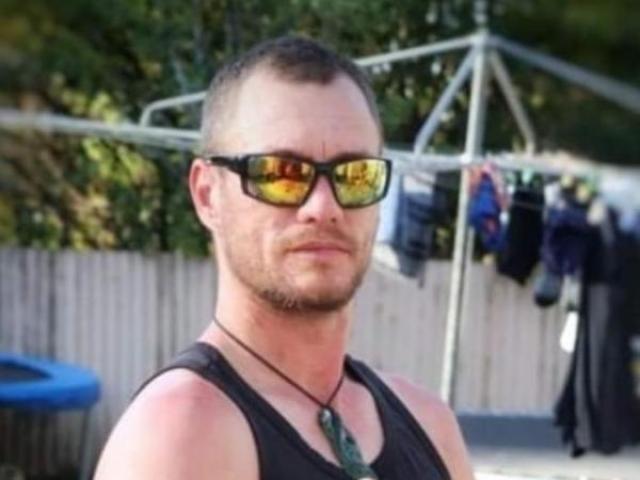 Dale Watene. Photo: supplied
The magazine of the gun used to kill Dale Watene was found in a red wheelie bin at the property of one of the murder accused’s friends, an Invercargill court has been told.

Mr Watene’s body was found buried in a shallow grave in the Longwood Forest, near Otautau, on May 18 of that year.

At the start of the trial last week, defence lawyer for Graham, Sarah Saunderson-Warner, said Mr Watene had been shot at Graham’s home but it was not done on purpose, nor with murderous intent.

Through defence lawyer Fiona Guy Kidd, QC, Hyde admitted he disposed of the body, but says Graham told him that Mr Watene had taken his own life.

The jury trial continued before Justice Gerald Nation in the High Court this morning.

Detective Phillip Brown said an initial police search at Geoffrey Miller’s house in Otautau on May 22 in 2020 located .22 ammunition above a power board in the hallway.

A .22 rifle was found inside a parked “pie cart” at  Mr Miller’s farm in Drummond.

However, the magazine and cleaning kit, which were believed to have been collected by him, were not found at that time.

Later that day, Mr Miller phoned police to tell them he had located the .22 magazine and gun cleaning kit at the bottom of his wheelie bin.

Police returned to his house and seized it.

Hyde to Graham: “Not sure wbu (what 'bout you)”

Graham to Hyde: “What time u cumn over”

Hyde to Graham: “After I finish my breakfast”

Ran data then shows Hyde’s phone polling indicating he was travelling to Otautau and CCTV footage shows a vehicle owned by Hyde travelling towards Longwood Forest entering the area at 10.42am. At 11.40am, the same CCTV camera shows the vehicle leaving the area.

Under examination by Graham’s defence lawyer Philip Shamy, Ms Hubbard was asked about occasions Child Youth and Family and later Oranga Tamariki had investigated after concerns were raised by members of the public and police.

On all occasions the notifications were investigated but no further action taken, she said.

Under cross-examination by Crown solicitor Mary-Jane Thomas, Ms Hubbard was asked if, at any stage, there were discussions with Graham about her children being taken away.