Home detention for actions after murder 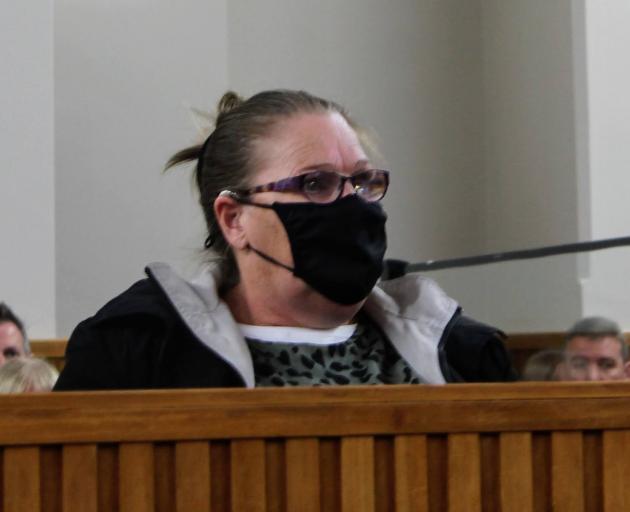 Patricia Samson was sentenced to home detention for attempting to defeat the course of justice in relation to the murder of Azalia Wilson. PHOTO: LUISA GIRAO
"A mother is supposed to nurture and guide their children, teach them right from wrong ... Instead you taught your children that no matter how bad the crime, no-one deserved more protection than them."

Those were the angry and emotional words of Trinette Winton, mother of Azalia Wilson, to the mother of the man who killed her daughter.

Patricia Elizabeth Samson (53), yesterday in the High Court at Invercargill, was sentenced to nine months’ home detention after being found guilty of attempting to defeat the course of justice for her part in trying to cover up her son’s involvement in the murder of Ms Wilson.

Her son, Samuel Samson was jailed for life after being found guilty of murdering Ms Wilson at a motel room in Invercargill in November, 2019.

Samuel Samson and Ms Wilson had a girl together, who was born in July 2019. The girl was found with Patricia Samson the day after Ms Wilson was murdered.

Samson was also the mother of Daniel Samson who was involved in the case and sentenced last year to six months and two weeks’ home detention after pleading guilty to a representative charge of being an accessory after the fact of murder.

He helped get a car for his brother to leave Invercargill, and bought items so his brother could avoid police.

While the Crown's case was that Samson drove and helped her son to “get rid” of important evidence at Fosbender Park at the night of the murder, the defence said she just drove her son to the location and did not know that he had killed Ms Wilson.

The participation and conduct of the Samson family to help Samuel to flee and discard evidence from police after the crime disgusted Ms Wilson’s family.

While reading her victim impact statement, Mrs Winton told Samson that she should never compare her loss to hers.

"As a grandmother there are no words to explain the deep regret I have that my granddaughter shares your bloodline.

"Remember that on the day you committed these crimes your priority was to protect and help your son run from his responsibilities — not the 4-month-old baby with health issues that sat in the back of your car without her mother."

Justice Gerald Nation in his sentencing remarks said there was no evidence to prove that Samson had seen Ms Wilson when she went to the motel room to pick up her son nor that she knew which items he had placed in her car before discarding them in the river.

"But at the very least, at the doorway, you would have seen the unruly state of the motel lounge area suggesting that some sort of struggling has occurred there ...

"If you did not ask why, it could only been because you suspected he was potentially in serious trouble and you didn't want to know the details of what he has done."

He sentenced her to nine months’ home detention on the basis she did not know what items were removed from the motel and she was not actually involved in throwing them in the river.

Sister Crystal Winton believed Samson should have been sentenced to jail, while her stepfather Tony Winton said he felt gutted.

Mrs Winton said she would accept and respect any outcome, but confessed she was disappointed.