0 Comments
Gore Mayor Tracy Hicks says is it great the Government is investing in the town’s housing situation.

Kainga Ora, formerly known as Housing New Zealand, has bought the 7683sq m site in East Gore where the Gore Country Music Club had its clubrooms. 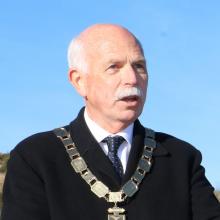 The entity plans to build up to 20 new houses there for low income families to rent.

"Public housing has played a significant part in developing society in New Zealand over the last 50 or 60 years," Mr Hicks said.

"It’s great to see investment in our town and look forward to seeing it come to fruition."

At present Kainga Ora has 40 homes in Gore, 10 of which are in East Gore.

There are 24 households waiting to rent a state house in the Gore area.

He was impressed with the quality of the houses which Kainga Ora planned to build, Mr Hicks said.

"They’re all built to a real standard that a lot of homes aren’t built to."

He had grown up with people who lived in state houses who had "flourished in that environment".

East Gore School principal Wendy Kitto said from what she understood there were not many rentals in the area and so it was good more houses would be built.

"As a school community we will welcome whatever families come, as I’m sure any school would."

There would be social benefits to the development.

"People in warm dry homes are going to have happy, healthy families."

A resident, who did not wish to be named, has lived in East Gore all his life.

"This is a state house area anyway," the resident said.

"It’s not really going to matter a great deal."

It did not worry him more state houses would be built.

"It’s not as if I’m upper class or anything."

The only question he had would have regarded the value of his home.

"Will it devalue our houses?"