This little piggy did not make it all the way home 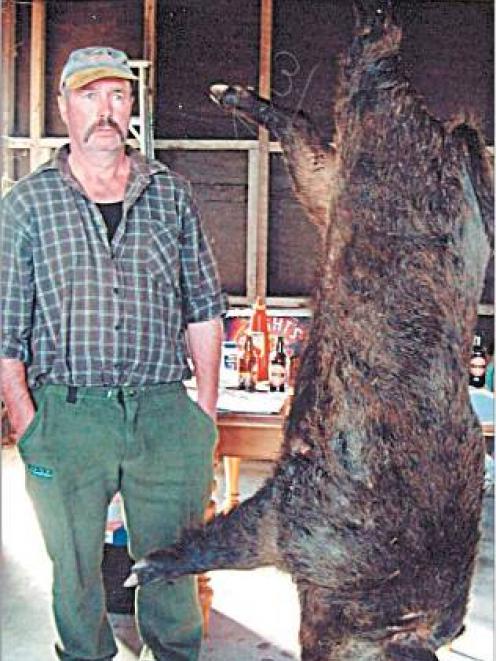 Club vice-president Peter Broom, of Gore, said the club, which has members from as far away as Milton, Mossburn, Te Anau and Invercargill, runs its pig hunts from noon on Friday until the weighin at 4pm on Sunday.

‘‘The weigh-ins are held at a different place each time, around the area, to allow all members an opportunity to have one close to them at some stage during the year.

‘‘Pigs have to be presented for weigh-in up to four o'clock, not a minute later,'' he said.

Mr Broom said the club had an active membership of about 80 members, including women and younger members.

‘‘As well as the five competition hunts, members can also weigh-in pigs at any time to count towards the end-of-season results.

‘‘We give out trophies at the end of the year at our prizegiving, including for top woman and top junior,'' he said.

He said the club had a ‘‘good crew'', who enjoyed a barbecue and a few refreshments together at the end of each hunt.