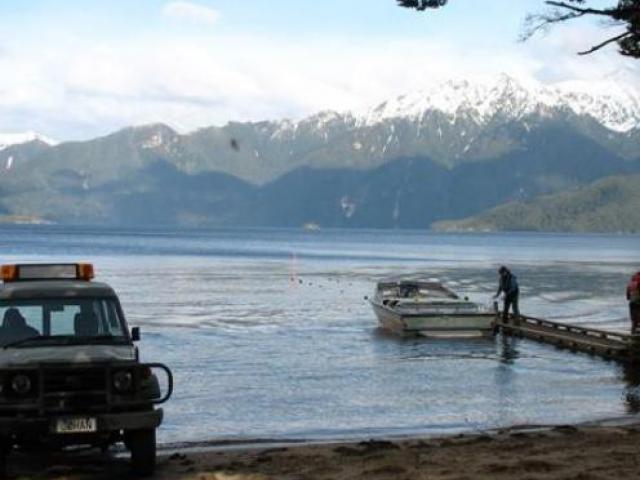 Lake Hauroko. Photo: ODT files
Two people involved in a fatal boating incident in Southland are believed to belong to St Michael and All Angels Church in Christchurch.

The search for a missing man is still under way at Lake Hauroko.

St Michael and All Angels Vicar's Warden Michael Graveston said the parish was notified on Tuesday of two members being reported as missing.

The pair, who were known to be good friends, were Michael Goodson and Rosemary Spiewak who were active members of the parish, he said.

He said a relative of Mr Goodson had notified police last week that the pair were overdue from their trip and were then reported missing.

Michael Goodson had been a member of the parish for decades and, ``has a very good heart'', Mr Graveston said.

Rosemary Spiewak was also a long-time member of the parish.

``Rosemary had quite a strong intellect and known to be a deep thinker,'' Mr Graveston said.

St Michael and All Angels Vicar Chris Orczy said, ``The parish is in the process of trying to get our heads around it
now ... we can be OK
that they're with God, but we will miss them.''

Sergeant Ian Martin said a search with divers was possible.

``We will still contemplate a search using divers but ideally we would like the lake level to drop a bit.''

He said more debris had been found on the beach during a search at the mouth of the Wairaurahiri River.

A helicopter search discovered an item in the river but it was later found to be unrelated.

He said police had not yet released any names so could not confirm who the pair were.

On Saturday, a woman's body was found at the lake along with a life jacket and items from the boat the pair had been on.

Sergeant Martin had previously said the pair, who were in their 60s, had headed out on a camping trip on May 26.

The boat was reported missing on Friday and their names were not written in the Caroline Hut visitors book where they were expected to visit on their trip.