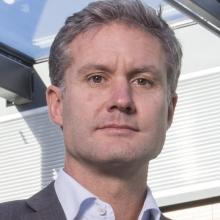 As part of NZTA's nationwide regulatory compliance review of 850 open cases begun in October last year, more than 215 operators and drivers have now received warnings, or had licences suspended or revoked.

Among the operators to come under scrutiny in the south were McDowall Rural Services Ltd, in Winton, and Clutha Transport Ltd, in Balclutha.

Both have now had their goods service licences revoked - a licence that allowed them to deliver or carry goods in a vehicle 6000kg or more - and cannot hire a vehicle to carry goods for company use.

Mr Haszard said Clutha Transport had its TSL revoked on March 6 due to a "concerning" number of traffic offences, including driving while suspended, speeding and "excessive demerit point accumulation".

Additionally, Clutha's certificate of fitness pass rate was "considerably below average" due to poor vehicle maintenance.

McDowall Rural Services had its TSL revoked on January 15 due to "a long history of non-compliance".

Mr Haszard said both companies had a 28-day right of appeal against the decision, but he did not know whether either had yet done so.

"To be honest, the company hasn't operated since November last year, so this [licence revocation] has no effect whatsoever."

He did express surprise at the "suddenness" of the decision, however.

"Before this, we were four-star [out of five] TSL compliant. So it's a bit of a mystery there was no interim warning, and we suddenly went from `doing OK', to getting the chop."

Mr Haines said he remained involved in agricultural contracting, and did not plan to return to freight operations.

McDowall director Kent McDowall did not respond to requests for comment.

On February 13, Invercargill warrant of fitness business The WOF Man made headlines, after its licence to conduct inspections was revoked as part of the review.