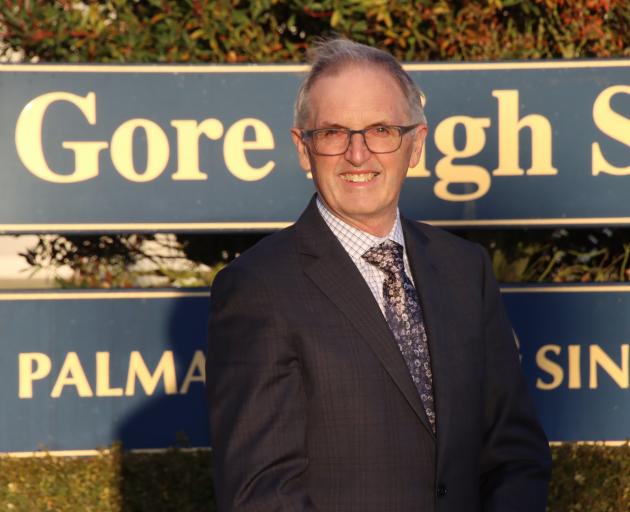 The Gore High School rector retired on Friday after starting in the role in 2011.

"That’s the thing you get the biggest buzz out of — when you see kids grow in some way.

"Success for some of them isn’t getting first place. It’s actually just making a huge improvement in some way or other," Mr McKinlay said.

There were many highlights in his time at the school.

One thing he looked back on with pleasure was the growth in the numbers of NCEA level 3 excellence endorsements.

It was taking time with individual pupils to encourage them and show an interest in their work that made the difference, he said.

"Showing faith in kids is always a good thing."

He did not spend enough time out of his office but on days when office work became a chore the best thing he could do was walk around the school, going into classes to see what pupils were doing.

"I always come back after half an hour of that feeling good about the place."

One slight frustration he had was people were inclined to evaluate a school by the way individual pupils behaved on the street.

"You can’t really judge until you walk into the place and go and have a look around and see how they treat you."

In his opinion Gore High was a "really good school".

Teaching had been the "best career in the world for me".

The only other profession he could have chosen was professional musician.

"That just wasn’t on the cards in those days. "

He played the trombone and was a member of the Invercargill Brass Band and now would be able to attend two practices a week instead of one.

He and his wife Marilyn had moved back to Invercargill, where their daughter and her family lived.

He did not have plans for retirement and was going to follow the advice someone had given him, which was "say no to everything for six months".

That would help him "clear the mind of everything and then look at what else I can do to help".

Deputy principal Melanie Hamilton has been appointed acting rector. She may be in the position for some time as the merger between Gore High and Longford Intermediate School may lead to a delay in advertising for a permanent position.

Amy Christie will step up as acting deputy principal.