Southland hospitality businesses have raised concerns over the lack of consistency across the industry when it comes to Alert Level 3 Covid-19 guidelines.

The Batch Cafe in Invercargill had been operating since Level 3 started, under strict guidelines from the Government.

They included requirements to provide a contactless service and manage orders through contact tracing.

Co-owner Gareth Hamilton said the cafe had been taking orders via the Regulr app, as well as by phone, and taking names, emails and contact numbers upon purchase.

"We provide takeaway coffee and a limited menu of food without patrons entering the building at all."

To maintain social distancing practices, orders were being passed out the shop window on to a table for customers to collect, and cones had been in place to ensure the 2-metre spacing in the outside queue.

Mr Hamilton said he was "frustrated" that other hospitality businesses in the region, such as fast food outlets or petrol stations, were not trading under the same regulations. 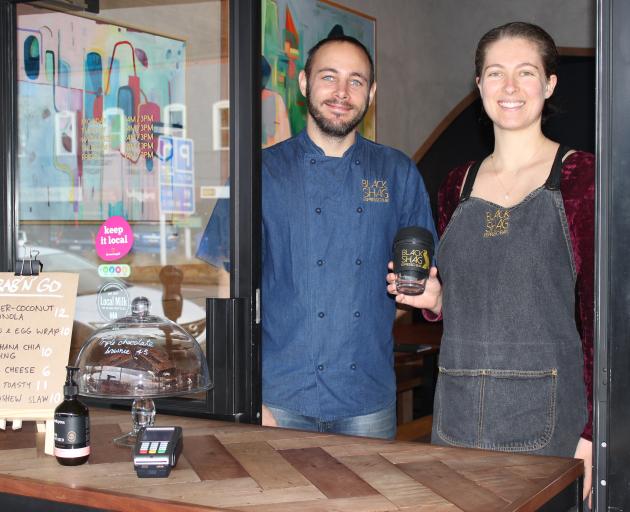 Black Shag owners Dion Milanesi and Sylvie Chasteau think it is unfair there is not one rule for all in the hospitality industry. PHOTOS: ABBEY PALMER

Local fast food franchises appeared to be serving people through the drive-through window, almost in a "business as usual" manner, and coffee could be ordered in-store at some petrol stations.

"The legislation is basically no contact at all, but it appears some people in the industry are not adhering to that."

He said there did not appear to be a "level playing field" across the industry.

The Auction House had also implemented similar practices, and its manager Santana Kawe was also disappointed.

While the cafe staff were remaining positive, it was "a bit annoying" there was not one rule for all.

"I’m sure they’re just doing their best, but who’s out there monitoring it all?" 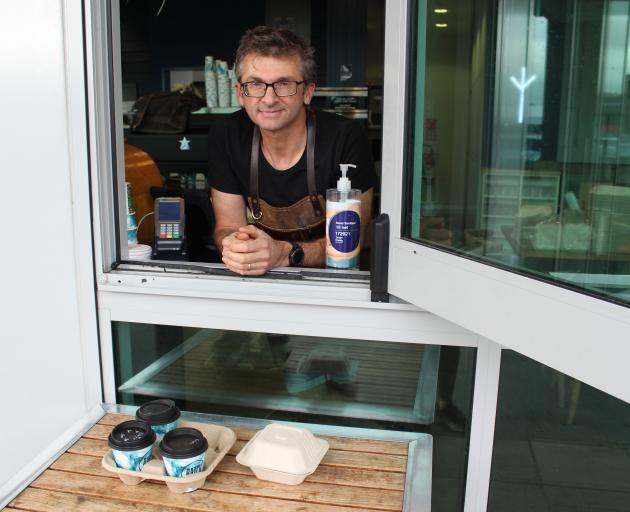 Invercargill's The Batch Cafe co-owner Gareth Hamilton is frustrated with the lack of consistency across the hospitality industry when it comes to Covid-19 regulations.

He said he was concerned about how the business would cope on days where the weather was too bad for people to wait outside, while drive-throughs and businesses taking in-store purchases would not have to worry.

Mr Milanesi said the ordering process, for which they were also using an app, as well as contact tracing, had slowed business down "massively".

"We went through the McDonald’s drive-through to see how they were operating and they didn’t take our details or anything.

"We’re all doing food service, so it doesn’t make sense some places aren’t doing what we are."

If Covid was to be spread at a fast food outlet or petrol station, it would have a much more significant impact than if it were to spread at a cafe.

"They’re having hundreds of people coming through a day, whereas we’re only dealing with 50 to 100 customers a day [during limited opening hours]."

A BP oil spokesman said the safety of its customers and team members continued to be of "utmost priority”, as well as maintaining safe and compliant operations.

In a statement on its website, the company said it was "encouraging" the use of the BP app to order coffees and food.

A McDonald’s spokesman said the guidelines set by the Government "impacted different businesses in different ways".

He said there were also differences in the way fast food chains operated and how they were designed.

"We developed our plan to operate under Alert Level 3 conditions in consultation with official government agencies and the advice provided publicly.

"Our operating plans and risk assessment were reviewed and had third-party guidance."

Further enhancements to service procedures had been made since reopening, including managing payments and how food was handed to customers in drive-through or if a car was parked.

All forms of usual payment were being accepted.

However, it was not the same case for fast food outlet KFC.

However, there was "no requirement" to participate in contact tracing, she said.

"At drive-through, we are following the current Government and Ministry of Health guidelines; but we are committed to reviewing, learning and quickly implementing beneficial changes to our Covid 19 operating processes.