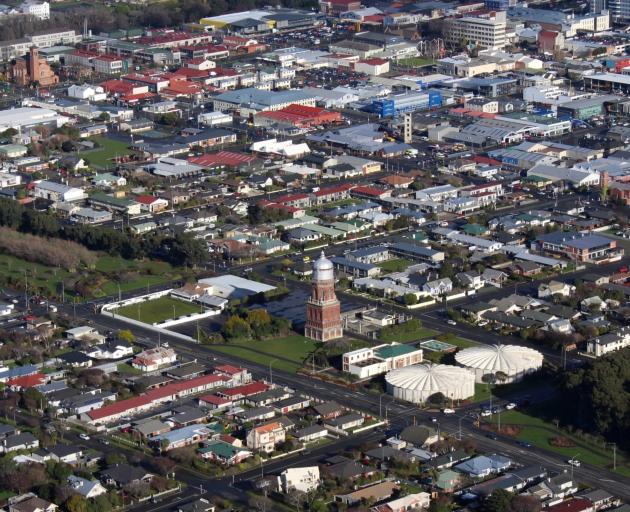 Invercargill from the air. PHOTO: ODT FILES
Maori culture and heritage is set to be reflected in Invercargill’s new road and street names.

Policy adviser Hayden Powell said the document was developed after a request from the council, which had been using the Australia/New Zealand standard for rural and urban addressing as its main framework for street naming.

He said the new document would incorporate the required standards, while ensuring road names reflected the identity of the community, including Maori culture being more visible in the city.

"We continue to work through with mana whenua representatives to create a list of pre-approved te reo names.

"Once we have this list, the proposal to council is to amend the policy so one of the three options put forward is a te reo name."

The developer or person requesting the road name must consult with and request comment from affected parties, the policy stated.

"Names in te reo or having reference to Maori persons or culture, must be accompanied by feedback from the relevant runaka noting the name is appropriate."

“I think it is a really good place to start for us to have some more diversity in the names that we give to our streets."

“I appreciate the fact the conversations were open and real, and that you’ve incorporated a lot of the things that mana whenua did suggest.

"Not all of it was — strictly speaking — about te reo, but it was about how we can be more inclusive and how we can be a little bit more innovative in how we name the streets."

During the meeting , councillors also decided to not rename a section of Northwood Ave to become part of Richfield Dr.

This was prompted after a plan change in a subdivision which left a section of the avenue with no logical order in the numbering.

Residents voiced their opposition to councillors, who decided to address the matter with signs instead.