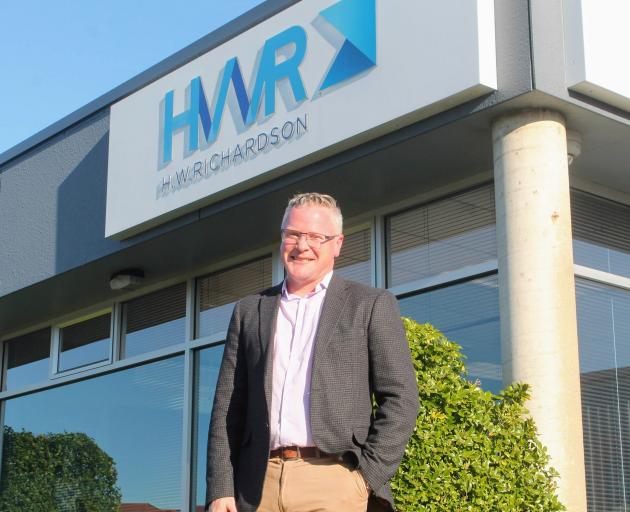 HW Richardson Group chief executive Anthony Jones is excited about the conversion of its truck fleet to hydrogen fuel. He believes the switch to the "future fuel" could be the biggest change in the transport industry since the move from horse-drawn carriage to motor vehicles. PHOTO: LUISA GIRAO
HW Richardson’s truck fleet is on trial.

A trial to introduce hydrogen fuel, that is, in what chief executive Anthony Jones says is a first step towards an ambitious green future for the group.

HW Richardson Group, which has a 1300-truck fleet and 110 fuel stops across the country, would start its transition to the "future fuel" with the trial, Mr Jones said.

He hoped it would inspire other firms as he believed it could be the biggest change in the transport industry since the move from horse-drawn carriage to motor vehicles.

"We are a large part of New Zealand’s transport [industry] — we have 1300 trucks in the road and our Allied Petrol business and our businesses in Australia; we distributed and sell a billion litres a diesel a year.

"We believe 100% hydrogen is the future and what we are trying to do is lead and make a meaningful change in the industry."

The company would invest $15 million to convert 10 of its trucks into dual-fuel hydrogen trucks and would establish a electrolyser in Gore to collect data on carbon emissions.

The idea was to have the trucks operating by April for an about six-month trial.

Mr Jones said while it might not the best commercial decision in the short term, it was the right pathway to take.

"We know it’s not commercial now, but like anything that starts at this stage, it will move to a point of commerciality. So you need to take that leap of faith and be brave enough to lead, and that is what we are doing."

The key for the project was the production of hydrogen, as there was no such infrastructure across the country at present.

The firm had no interest in becoming a hydrogen producer, but it wanted to be able to make it accessible for customers.

"We want to have a network which the customer can pull into whether they are in Kerikeri or way down here in Invercargill.

"There is a lot of innovation in this field and it is pretty exciting that we are able to lead it."