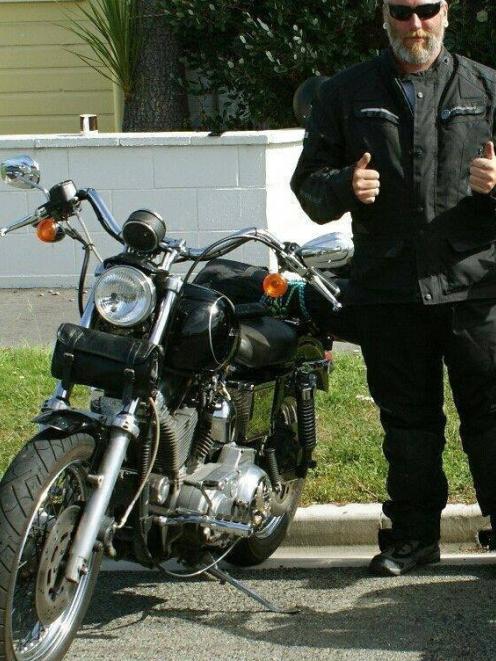 The discovery followed the recent disappearance of the 1998 Harley-Davidson 98 Sportster Custom 120 from an Invercargill address, where it had been stored since 41-year-old Athol man Russel Blackford was killed in a crash in November 2018.

He was one of two riders killed near the intersection of Fairfax Isla Bank Rd and Riverton Otautau Rd, south of Otautau.

The other rider was Timothy James Meers (50), of Otautau.

Last week, Russel Blackford’s father, Barry Blackford, told the Otago Daily Times he had made plans for a bike owned by his late son to be transported back to him in the Waikato.

However, it went missing before it could be sent.

Police and Southland community members shared information about the missing motorcycle in the hope someone would come forward with details on its whereabouts, he said.

On Saturday, it was found by a member of the public, "dumped" in a Southland farmer’s river.

"There has been some damage to the bike but the family are eternally grateful to the public for their support and to [the police]."

A police spokeswoman confirmed they received a call from a member of the public to advise the bike had been located.

"It had been found partly pushed into a river and the member of the public had retrieved it."

The Harley-Davidson has been put into secure storage until arrangements can be made to have it transported back to the Blackford family.

"The police have been fantastic; I cannot say enough about about them. We are very touched that so may people care," Mr Blackford said.

"Now I just hope we can get justice."

The family were appealing to the public to identify the culprit "before they do it to someone else".