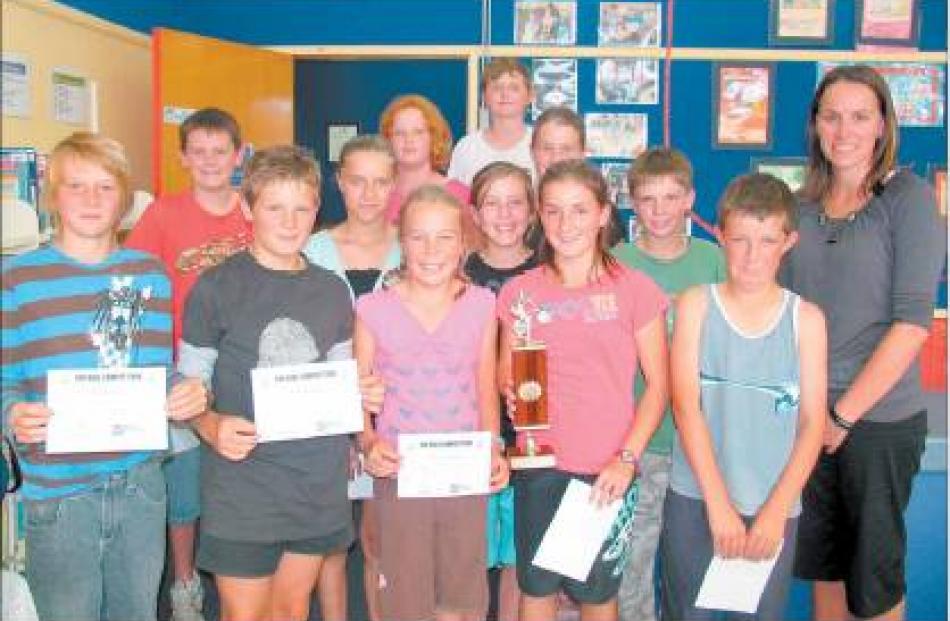 Perhaps it has something to do with the healthy country lifestyle or perhaps it is the distance some children have to ride to school - either way, the children of Waikaka School have shown they have what it takes when it comes to riding a bike.

Sports co-ordinator Lisa Oliver said the school had come first and second in the year 7 and 8 grade of the recent Cycling Southland top team cycling event, held at East Gore School and Hamilton Park on March 13.

‘‘Our year 5 and 6 team also finished third in their grade, so it was a really successful day for our school,'' she said.

This was the first year the school had entered the Eastern Southland section of the event and, by finishing first and second, the year 7 and 8 pupils had qualified for the Southland finals to be held in Invercargill in November this year, she said.

‘‘It was a great day and the kids got a trophy, as well as certificates for their win.

‘‘The best part was the wonderful letter we received from Cycling Southland's Bruce Ross after the event, complimenting our children on their overall demeanour at the competition.

‘‘It is always lovely to know the children's good behaviour is appreciated,'' Miss Oliver said.

Cycling Southland has also given the children an hour's use of the velodrome free of charge, which ‘‘will be fantastic for all the children later in the year'', she said.

The Eastern Southland heats involved about six or seven schools.

‘‘The competition was over three events: a skills course, emphasising balance and control; a grass bike-racing timetrial, in which points were allocated; and a teams event timetrial around a set course.

‘‘Points from the three events were added together to find a winner and in the year 7 and 8 grade, that was us,'' she said.

‘‘It was awesome, really hard and challenging.''

Also on the winning team was 12-year-old Kieran Davie.

‘‘I didn't do a lot of preparation for the racing, just pumping up my tyres and oiling my chain.

‘‘It was quite surprising but cool to make the finals in Invercargill in November,'' he said.