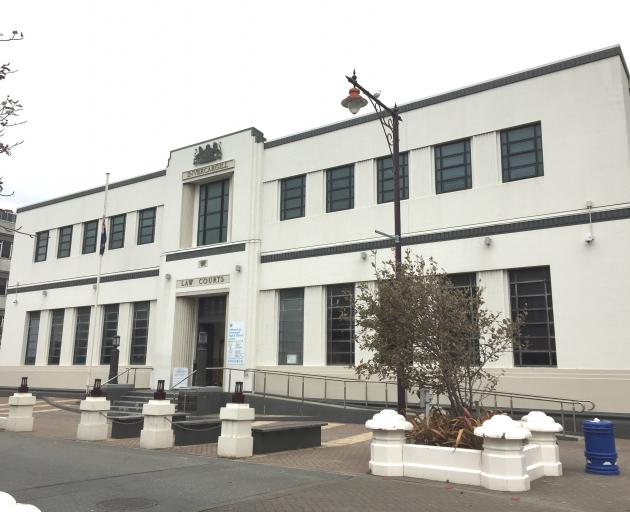 The man appeared in the Invercargill District Court yesterday. Photo: Luisa Girao
A Tuatapere man, who said he was the owner of the river, and tried to grab a whitebait catch, injuring a whitebaiter in the process, has ended up in jail.

Wiriana Tamihana Te Kani (41) was sentenced to 14 months’ imprisonment at an online hearing of the Invercargill District Court yesterday after pleading guilty to wounding with intent to injure and threatening to kill.

Judge Mike Mika acknowledged the efforts of Te Kani to show remorse and said the victim had forgiven the man for his actions.

The incident happened on November 24, 2020 when the victim, a 63-year-old-man, travelled with his wife to the Waiau River Mouth to go whitebaiting.

After some time there, Te Kani approached the couple and became aggressive.

He told them “it was his river” and he would be taking any whitebait they caught.

A couple of times during the afternoon, he tried to grab the bucket with whitebait from the hands of the woman but failed.

About 8pm, Te Kani approached the couple again and said he had come to get his whitebait.

The victim told him to leave them alone and observed something glint in Te Kani’s hand - he was hit twice in the face and sustained a cut which required eight stitches.

During the hearing yesterday, defence lawyer Hugo Young highlighted the successful restorative justice process between his client and the victim.

He told the judge Te Kani was heavily intoxicated on the day of the incident and he was extremely remorseful.

Te Kani was diagnosed in 2016 as suffering from traumatic post traumatic stress disorder which was the result of hardship in his childhood, Mr Young said.

“He is a vulnerable individual who is prone to self-medicating ... taking alcohol and drugs.”

Judge Mika said the man had taken responsibility for his actions and had apologised several times to the victim during the restorative justice conference.

‘‘That meant a lot to the victim that you took responsibility for your action and the victim forgave you. And you were overwhelmed by the victim’s offer of forgiveness.”

He sentenced Te Kani to 14 months’ imprisonment, ordered him to pay $400 reparation for emotional harm and directed him to undertake any courses required by his probation officer.