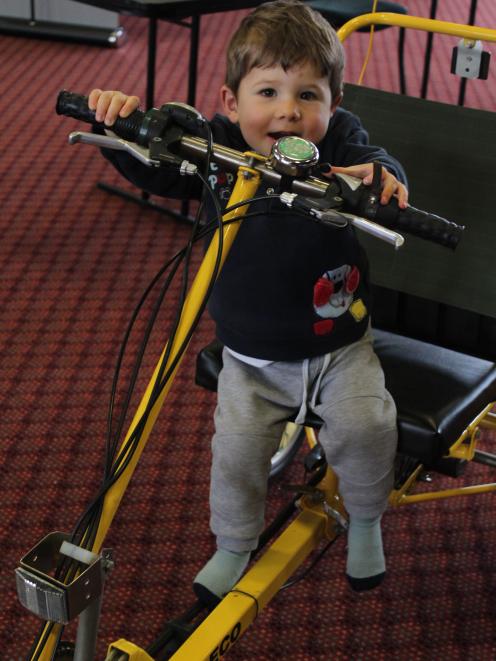 Supported by Southland Forest & Bird, the event, held on Saturday, included a variety of workshops, stalls and children's entertainment.

Southland Worm Breeders' Association president Ken Calvert said worms could be useful in purifying drainage water on farms, as well as being an ideal pet.

"If you like pets like cats and dogs, you can keep an earthworm. They don't run away, you feed them food scraps and they do good things for your garden."

"We always have positive interactions here ... usually by the end of the day it's chocker."

Having seen success with his creations in New Zealand and overseas, maker of electric cycles, Bill Blakie, said his latest creation was capable of withstanding harsh conditions, "wind, rain, snow ... I've tried it in it all."

Mr Blakie said he had been making them for years and they worked like any other e-cycle.

"There's some all around the world now."

He had a photograph of customers who had purchased one of his creations that allowed for luggage space - they had picked it up in Southland and rode it back to Hamilton.